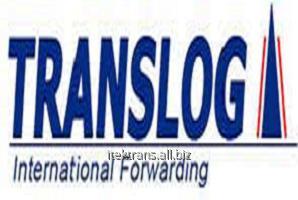 ZhD of transportation by the park of cars

ZhD of transportation by the park of cars

Transportation and forwarding of freights by rail (own cars) both in Ukraine, and beyond its limits (Russia, Kazakhstan, Belarus, the Baltic States). - Granting railway cars for rent (Ukraine, Russia, CIS and Baltic countries);

- The organization and carrying out repair of railway cars (current and planned) in Ukraine and Russia;

- Preparation and the analysis of information on location of cars, holding urgent and effective actions for acceleration of advance of freights on railway transport of Ukraine, Russia, other countries across which territory transportation of goods is made;

- Organization of passing of customs procedures.

- Other services connected with an internal and international cargo transportation. The park of railway cars in more than 2000 units:

- the covered cars.
zhd transportations by the park of cars - it is inexpensive! Across Ukraine, international transport, transit, forwarding!