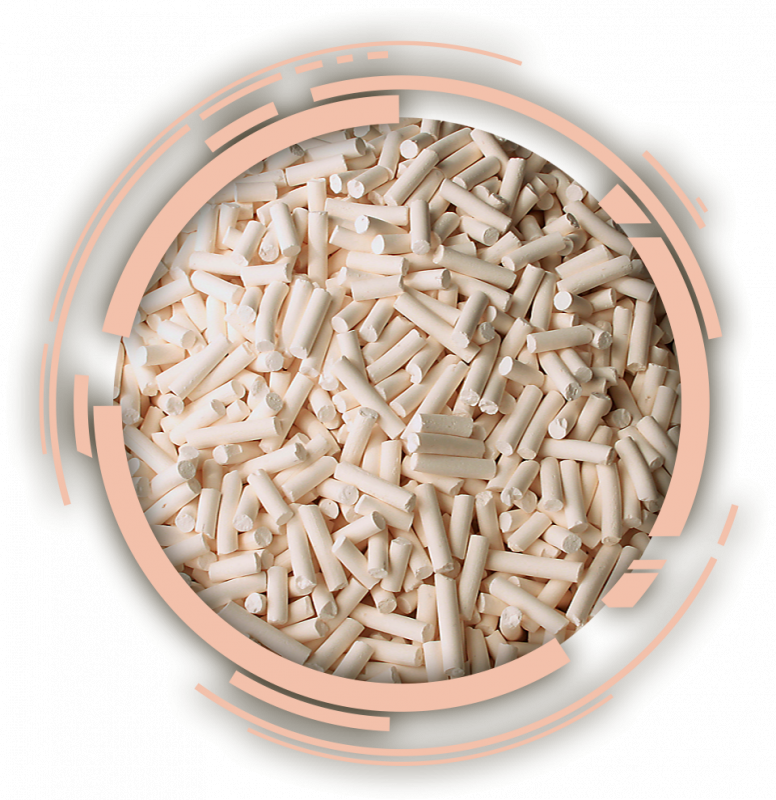 Synthetic zeolites like NaX (sodium zeolite) are aluminosilicates which are capable to absorb and to strongly hold particles of different substances, such as metals (zinc, lead, chrome, strontium, cadmium), radionuclides, oils, oil products.

NaX zeolite is applied mainly in gas and oil industry to an osushka and cleaning of sulfides of gas and gas flows, and also to air purification and nitrogen from oxides, oils and hydrocarbons.

Besides, in fuel industry zeolite of this type is used for an osushka and regeneration of transformer oil, diesel fuel, an upclassing of fuel fractions.

NaX zeolite is applied in the field of housing and communal services to water softening in boiler rooms, a process water.

Use of zeolite in a scientific and ecological field of activity is especially important. This mineral is capable to absorb radionuclides from liquid waste of nuclear energy units.

Zeolites of the NAH-BS type also apply to a deep osushka and thin purification of gases and liquids, and also to softening of liquid flows in the course of water treatment of energy units.

"Stone of 21 centuries" call zeolite because of its special characteristics, namely: availability of a time with inlet openings of strictly certain sizes which are capable to absorb and hold substances, the big size of an inner surface, ability to reversible adsorption. The operation principle consists in the three-dimensional structure of zeolite consisting of aluminum, silicon and oxygen and forming system of channels. In the specified channels water molecules, alkaline and alkaline-earth cations which can be partially are located or completely substituted by an ionic exchange and dehydration (splitting of water from molecules of organic compounds), and is reversible, without destruction of a framework of zeolite. The zeolite deprived of water is highly active adsorbent.

Synthetic zeolites like NaX and NaX-BS are issued in granules.

Zeolites are the complex aluminosilicates containing oxides of alkaline and alkaline-earth metals. Synthetic zeolites have a frame structure that defines their unique properties.

Synthetic zeolites (a dehumidifier for gases) usually use in the formed look (granules, tablets). Zeolites of types A and X which depending on the cations which are their part are designated NaA and SAA, and also NaX and SAKHA are the most widespread.

Synthetic zeolites are unsurpassed dehumidifiers of gases, providing their osushka to a dew point - 80.

Division of hydrocarbon mixtures of a different structure:

Use of zeolites as cation-exchange materials:

Zeolite is packed up in special polypropylene bags with the polyethylene insert protecting a product from hit of moisture with a capacity of 30 kg.

Synthetic zeolites like NaX and NaX-BS are delivered by containers, cars railway transport or motor transport in the covered trasport facilities protected from moisture hit.

Storage. Storage is carried out in the dry closed store rooms in packaging of the producer.

Safety measures. Zeolite of sodium belongs to non-toxic substances, pozharoustoychiv. By production, transportation, storage and application of this type of zeolite is possible allocation in working rooms of dust of substance in this connection respirators and special glasses for protection of eyes against dust can be used.