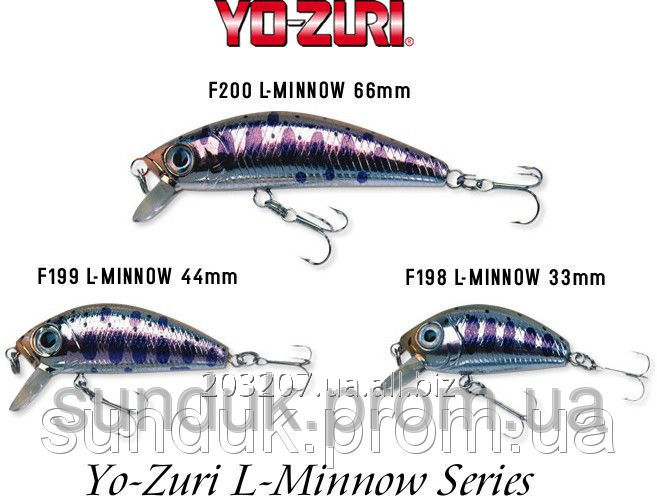 F199 L-MINNOW (S) - a wobbler legend from all of well-known company of Yo-Zuri. In this bait there is a cavity in which cut freight freely moves. During conducting of rolling of this freight in a cavity create acoustic noise which are transmitted through a bait body in water and in addition attract a predator. Good flight characteristics, excellent stability when conducting, active game. A universal, ulovisty wobbler practically on all species of fish. Loves short tvich on fast conducting. The wobbler possesses good acoustics, rather big amplitude of fluctuations. Also works at slow conducting, but nature of game is transferred only to the horizontal plane. The recommended depth for its use - to 0,8 m.

F199 L-MINNOW (S) was created especially for catching of a trout. Further, as practice showed, this bait also perfectly catches a chub, an ide, a perch and a pike.