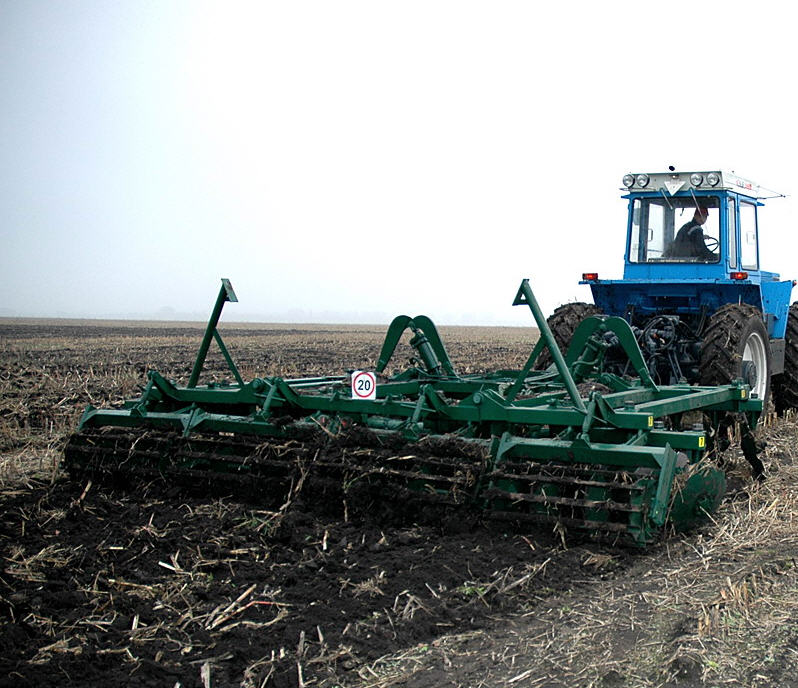 Brand units UDA are intended for processing of soils of all types on depth 5... 18 cm under crops of cereal cultures, one - and long-term herbs, a sunflower, corn.

As units crush and mix the soil without layer revolution, the top nutritious layer of earth rich with microflora placed in a zone of seeding and development of root system of plants that increases a harvest by 15-25%.

Units UDA are equipped with disks with cuts which have a sharp edge on all perimeter, perfectly crush stalks of the poslezhatvenny remains and weeds, evenly distribute them on all depth of the processed layer of earth that leads to disintegration of organic substances without mineralization and prevents oxidation of the soil.

As axes of rotation are placed at an angle to a horizontal and disks cut at the same time and the lower layer of layer of the soil, respectively power consumption of processing of the soil and wear of disks of these units is less, than in the known heavy disk harrows that gives economy of fuel.