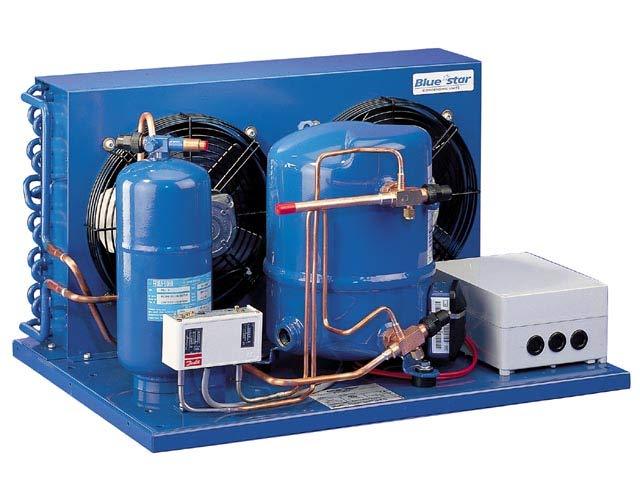 For rather small refrigerators for storage of the cooled and frozen production compressor and condenser units with the condenser of air cooling and piston tight compressors widely are used. The smallest units can be used even for enough large refrigerating show-windows, the most powerful are used sometimes in the smallest chambers of a freezing of production.