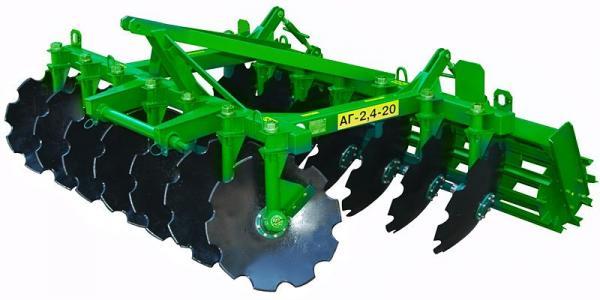 In stock
Reconfirm the price with seller
Call
Seller
Agroekspertdnepr TD, OOO
Ukraine, Dnipro
(View map)
+380
Display phones
7
7 years on Allbiz
Description
It is intended for processing of soils of all types on depth of 4-18 cm in the shuttle way, create optimum natural structure of soil for growth of plants and arrive the top layer of earth for preservation of soil moisture.

These units united in themselves functions of a plow, a hoeing plow, a cultivator and a disk harrow. They provide uniform distribution on all depth of the processed layer of earth of organic fertilizers and the postharvest remains that increases resistance of the soil to erosive processes, and increases its ability of absorption of moisture.