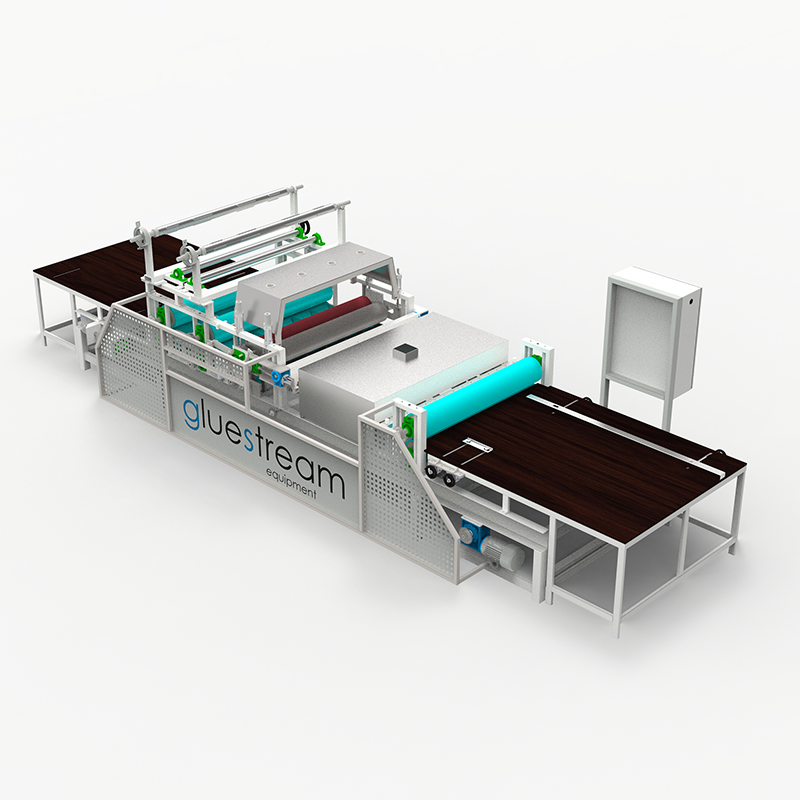 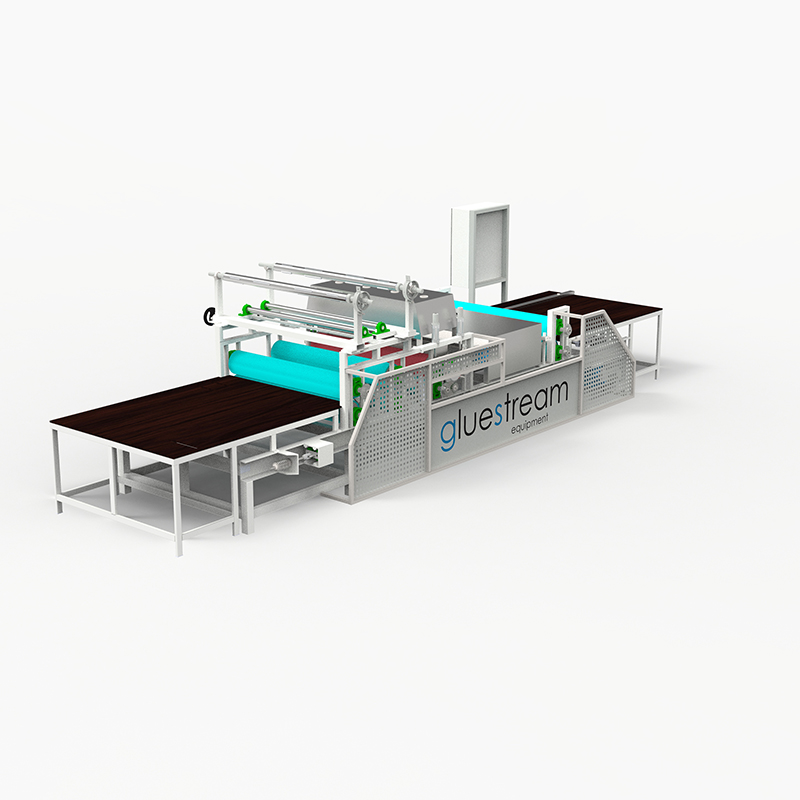 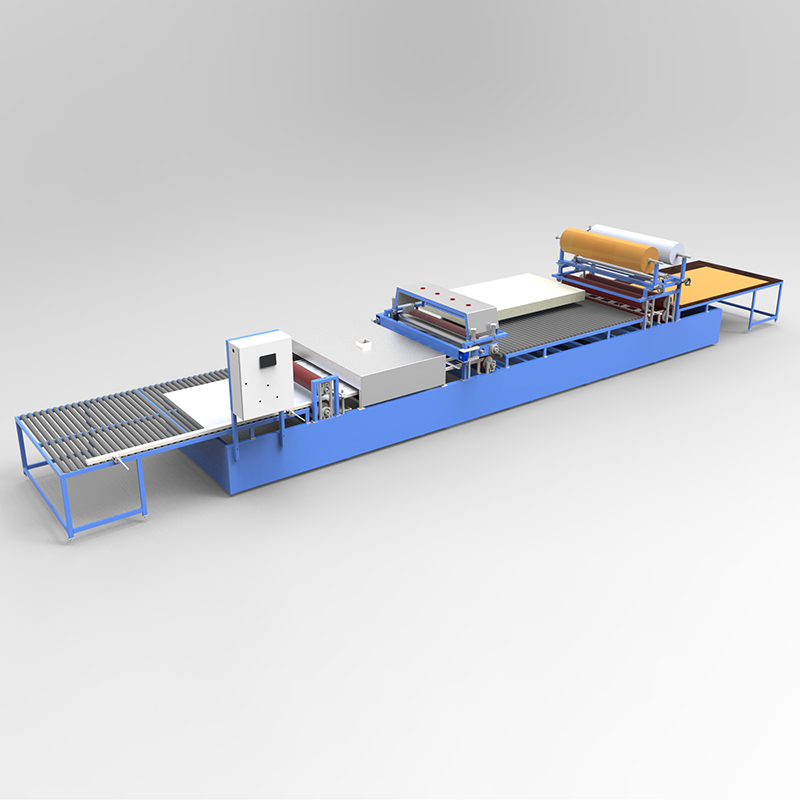 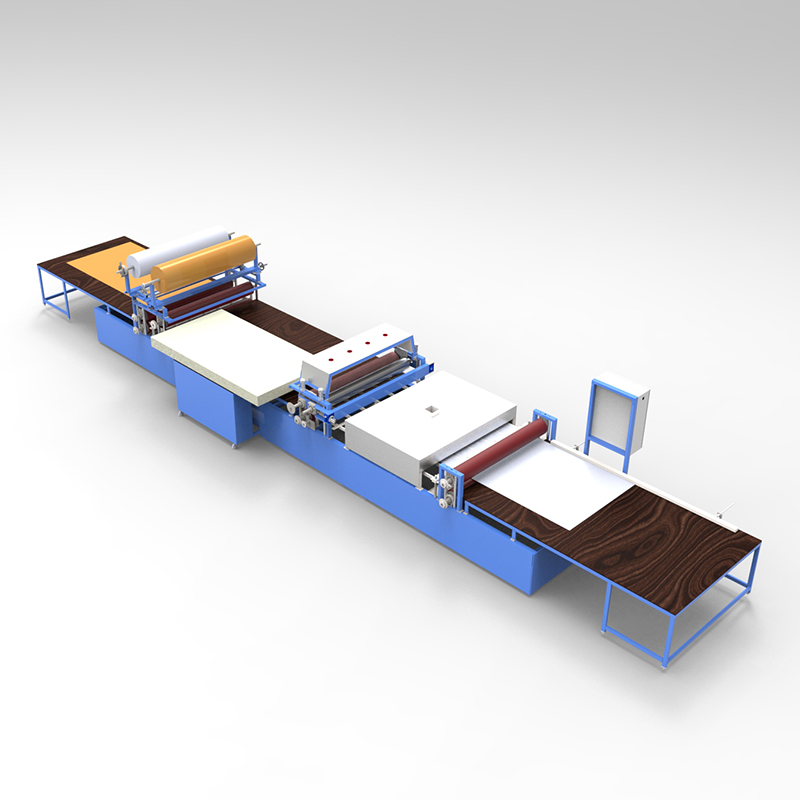 Device and principle of work:
The operator stacks the leaf on the giving table and sends to the giving shaft of praymiruyushchy station. The giving shaft are equipped with the drive with system of positioning of the leaf on the center.
The automatic praymiruyushchy station is equipped with system of regulated giving of the primer on the felt applicator.
The drying tunnel is equipped with the infrared heating serving for drying of the primer and heating of the surface of the leaf to working temperature (40 - 600 C). In the zone of the release of the sheet from the drying tunnel there is visual inspection of drawing the primer by means of ultra - violet radiation. In the zone of submission of the sheet in the kleenaneseniye node, there is the automatic control of temperature of the leaf to digital indication on the control panel.
The drying tunnel is equipped with system of ventilation with junction points to the external extract.
The station of putting glue is equipped by the warmed - up dosing and kleenanosyashchy in bulk. Briquettes with glue move on the shaft warmed up to the working temperature. Control of temperature of shaft happens to the help of digital indication on the control panel. The operator stacks glue briquettes (to 4 pieces as necessary) between shaft then, within 10 - 15 minutes there is their fusion. The consumption of glue is regulated by means of the dosing shaft. In process of glue development, the operator encloses briquettes with glue between shaft.
Optimum speed of the kashirovaniye is 1.5 - 3 m/min.
Thickness of the leaf is 1.2 - 10 mm. Reconfiguration of the equipment under other size on thickness takes 15 - 30 min.
For ensuring bigger speed of the kashirovaniye installation can be equipped before the plavilnik (option).
After putting glue the leaf gets to the first arriving shaft.
The first arriving shaft are intended for drawing the decorative film on the leaf. Are equipped by the razmatvatel of the film with the brake mechanism providing the uniform tension of the film in the course of the kashirovaniye.
Also, are equipped with the device of preliminary heating of the film and sensors of temperature with digital indication on the operator's panel.
Further the leaf comes across in the second arriving shaft for drawing the protective film.
After drawing the protective film, the operator cuts the film between sheets and puts the ready leaf on the pallet.