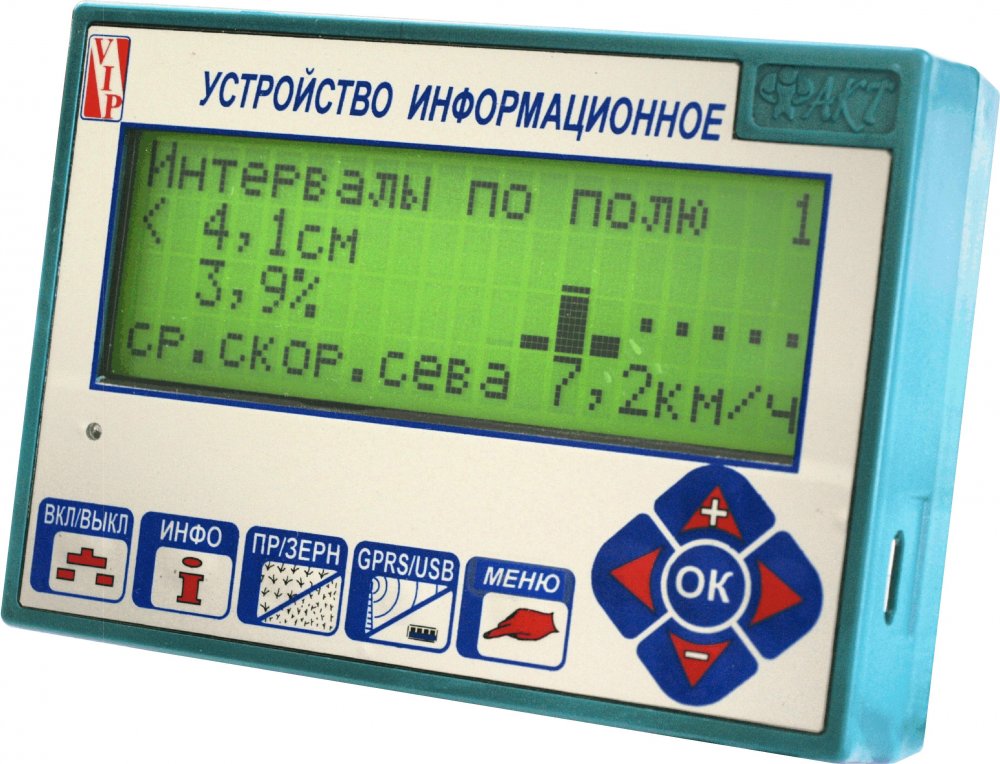 UI "FACT", mode KK, is intended to control qualities of seeding of seeds seeders for grain crops and includes the following functions: