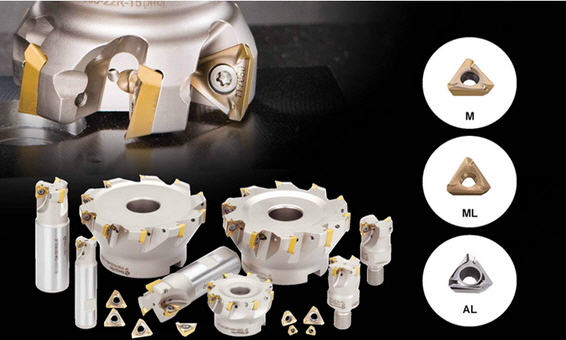 Gold Rush - the new person TaeguTec (the axial tool)
Continuing to develop the success in Ukraine and around the world, the TaeguTec company aims to be the leader in the field of innovations and new decisions. 2011 will not become exception. Updating line of each group of the tool, TaeguTec seriously influences world traditions in metalcutting. Now TaeguTec has full range of decisions for all enterprises of the metalworking industry: - Space, - Power, - Machine-building, - Ship-building, - Automobile building, and also the enterprises of heavy mechanical engineering, railway orientation making compression molds and stamps and so forth. New image of TaeguTec - tools of the GOLD RUSH series is updated more than on 60 (!!!) line of the tool released by the company. New alloys, geometry and conceptual ideas in the field of metal working. The Ukrainian representative office of TaeguTec with pride announces number of the novelties of 2011, most interesting to our market, in the field of milling processing and processing of openings.


New decisions in the field of milling are opened by absolutely new, not having analogs, cutting 3PKT plate from series of mills of MILL RUSH which is applied to high-speed processing of all types of staly. This plate has incorporated all advantages of plates like APKT, but has not the 2nd cutting edges, but the 3rd not less effective edges in the arsenal. As well as the normal plate of this series, 3PKT is established on end, edge mills and modular heads, and can carry out such operations as processing of ledges of 90 degrees, facing, incision at an angle and on spiral. There were in production three dimensions of plate: the 10th, 15th and 19th, with the maximum depth of cutting of 7 mm, 11 mm and 15 mm respectively. The plate of 3PKT is issued in different geometriya and from different alloys and can process any type of material, including aluminum - for this purpose plates are in addition ground and polished.

The TaeguTec company has proved as release not only the productive tool, but also economic decisions. The following series of mills of MILL 2 RUSH shows it in the new double-sided cutting plate of 6NGU created on the basis of the previous novelty - tripartite plate for soft high-speed cutting like 3PKT. This plate is also established on end and edge mills with corner in respect of 90 degrees and carries out all types of milling, plus final treatment of surface that is reached due to availability of stripping edge of Wiper. The plate of 6NGU is executed in two dimensions: with size of edge of 6 mm - for processing of small parts on low-power machines and in 9 mm dimension for work in the loaded mode.