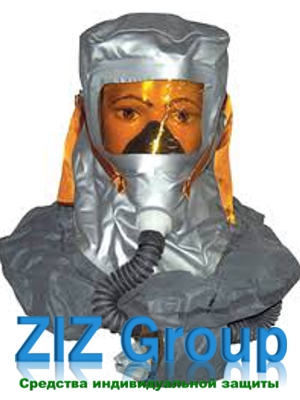 The self-rescuer the isolating fire-prevention SIP-1

In stock
Reconfirm the price with seller
Seller
VK-ІNVEST, TOV
Ukraine, Kiev
(View map)
Call
Products of other enterprises
Description
It is intended for protection of respiratory organs, sight and the head at independent evacuation from rooms (hotels, high-rise buildings, cars of the subway and trains, ship compartments and so forth) during the fire or at other emergencies from influence of any harmful substances irrespective of structure and concentration, and also in the conditions of a lack of oxygen of environment.

It is intended for application by people 12 years, including having long hair, a beard, volume hairdresses and wearing glasses are more senior.

- fast transfer to a working condition

- a possibility of speech communication between people

- a possibility of evacuation via hatches and narrow passes

Is issued ready to use and does not demand individual adjustment. Is a security measure of one-time application.

The hood of the self-rescuer is made of slow-burning tight material with the heatreflecting covering, an open flame, steady against short-term influence, and high temperature. Material of a hood maintains influence of surface-active substances. Distinctive features of a design of this self-rescuer is the arrangement of a respiratory bag around a neck of the user and existence of the relyefonezavisimy valve of excessive pressure. The bag arrangement around a neck is done by the self-rescuer compact, allows to transfer freights or property, or the people who fainted. SIP-1 is unique, only in the world, protecting a neck and shoulders from any gas and poisonous mixtures (splashes, sparks, etc.). The Relyefonezavisimy valve "pits" part of air-gas mix, allowing to avoid barotrauma, at sharp blows or squeezings of a respiratory bag (for example in need of pass via narrow hatches, the half-closed doors, etc.).

The self-rescuer of SIP-1 is developed according to GOST P 53260-2009 (The fire Fighting equipment. The self-rescuers isolating with chemically connected oxygen for protection of people against toxic products of burning at evacuation from the smoke-filled rooms during the fire. General technical requirements, test methods).

The self-rescuer of SIP-1 conforms to requirements of standards of fire safety of NPB 169-2001.

Time of protective action at evacuation: not less than 15 min.

Temperature of the inhaled air, ºС: no more than +45

Mass of working part: no more than 1,8 kg