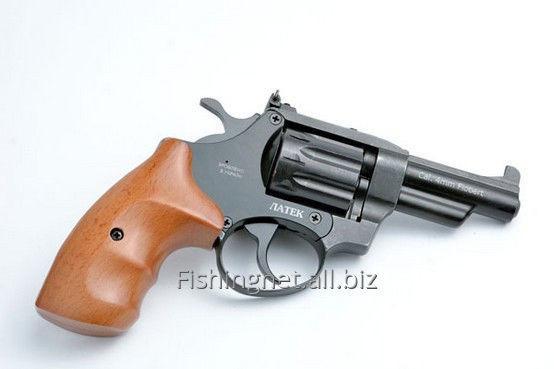 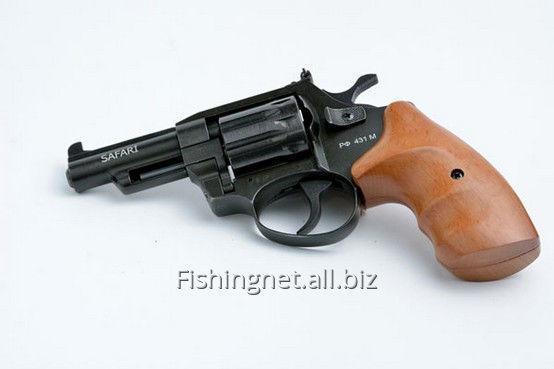 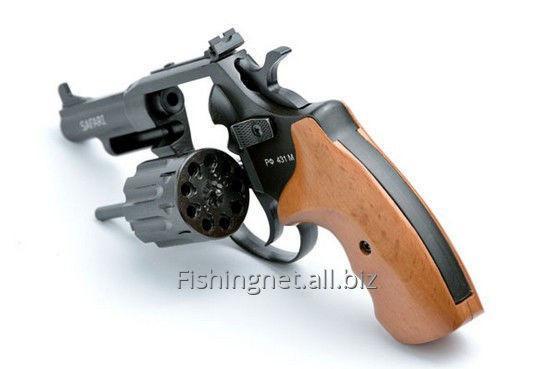 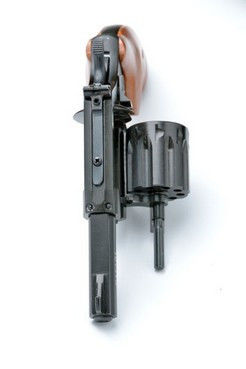 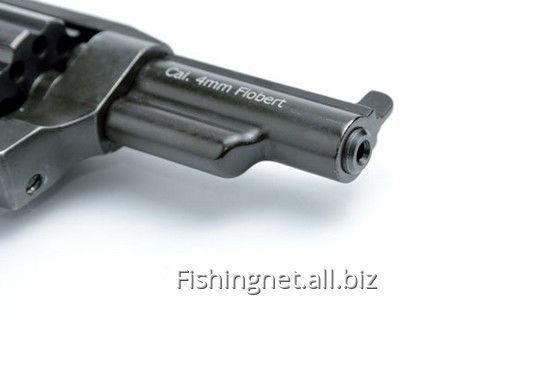 Novelty of 2015! The first Ukrainian revolver under 4 mm Flaubert Safari 431M's boss, is completely made in Kharkiv, at LLC LATEK plant. Production within the country allowed to reduce significantly the cost of production having kept vysokokachestenny indicators of the revolver. It is made on the basis of the proved Safari 431 long ago (before Safari 430). It is externally completely similar to the pregoing model. Has an adjustable aim level; steel, rifle barrel; a steelpan on 9 cartridges; the steel shock and trigger mechanism (double action) provides a guarantee operating time of the revolver of 5000 shots; a wooden beechen handle in two executions. It is intended for sports and training firing by Flaubert's cartridges of 4 mm. It is possible to shoot cartridges of both Czech (Sellier & Bellot), and the German (Dynamit Nobel) production. It is completely made in the territory of Ukraine, so all necessary guarantee and post warranty maintenance does not make any problems, in comparison with foreign producers. There is an opportunity to get any spare parts and raskhodnik. The producer is confident in quality of the production, and 1 year or 5000 shots gives a guarantee! According to the conclusions of bodies of the MU and the Ministry of Internal Affairs this weapon, on the classification does not belong to the category fire, and respectively does not demand any permissions, licenses and similar documents for acquisition, carrying and storage.

Flaubert's boss (in the English-speaking countries are better known as.22 CB Cap or.22 BB Cap) — a kind of cartridges of ring ignition in which there is no powder charge and a role of throwing substance carries out capsule structure. Cartridges without gunpowder, only with capsule structure as a propellant powder, were the first cartridges of ring ignition. The first sample of such ammunition was created in 1845 by the French armorer Louis Flaubert (fr. Louis Flobert) also represented, in fact, the round bullet inserted in shortly before that the invented cap igniter. The cartridge in 1849 was patented. The first boss of Flaubert had caliber of 9 mm, but then began to be issued in several options (4 mm, 6 mm etc.) . Both cartridges, and the weapon of system of Flaubert were widely adopted very much in the world thanks to reliability, relative low cost, a weak sound of a shot. In Russia they were known under the name "Monte-Cristo". Modern, the most widespread, the boss Flaubert's option in caliber of 5,6 mm took the form in 1888 in the USA. It is interesting that the first "full" (that is the having powder charge) the boss of ring ignition of.22 Short was created on the basis of one of Flaubert's cartridges.