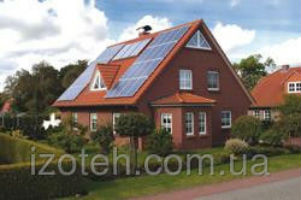 70% of positive reviews from 10
Call
Products of other enterprises
Technical characteristics
Description
Today implementation of different types of alternative energy sources, both autonomous, and decentralized, in the majority of the countries of the world is more favorable with economic and from the ecological point of view. Fossil types of fuel become yesterday power sources which does not allow to provide a further sustainable development of mankind.

Now in the future other forms of energy, one of which - solar energy, look.

Solar photomodules ― it is primary converters of a power supply system which will transform light solar energy to electric. Now the most perspective direct transformation of energy of the sun to electrical energy with use of solar cells is considered.

Let's consider in more detail photomodules and their technical datas.

The main destination of the specified elements ― transformation of solar energy to electric.

Mono multicrystal silicon acts as a source material, and protection is: a covering in the form of a double laminate, tempered glass with a svetopropuskaniye equal ninety two percent and three millimeters thick.

The frame of the photo-electric module is made of the anodized aluminum.

The distributing box represents polycarbonate which is filled with glass.

Photomodules are subjected to qualification tests according to the available international IEC61215 standards.

If to speak about average full service life, then it makes not less than twenty years.

At the same time we will note that qualification tests include the following: