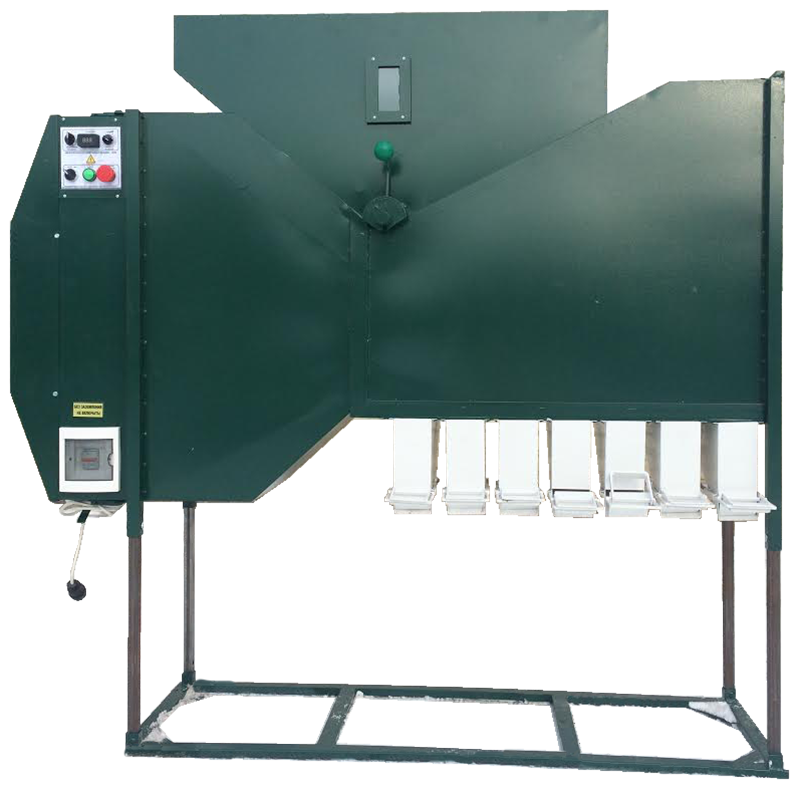 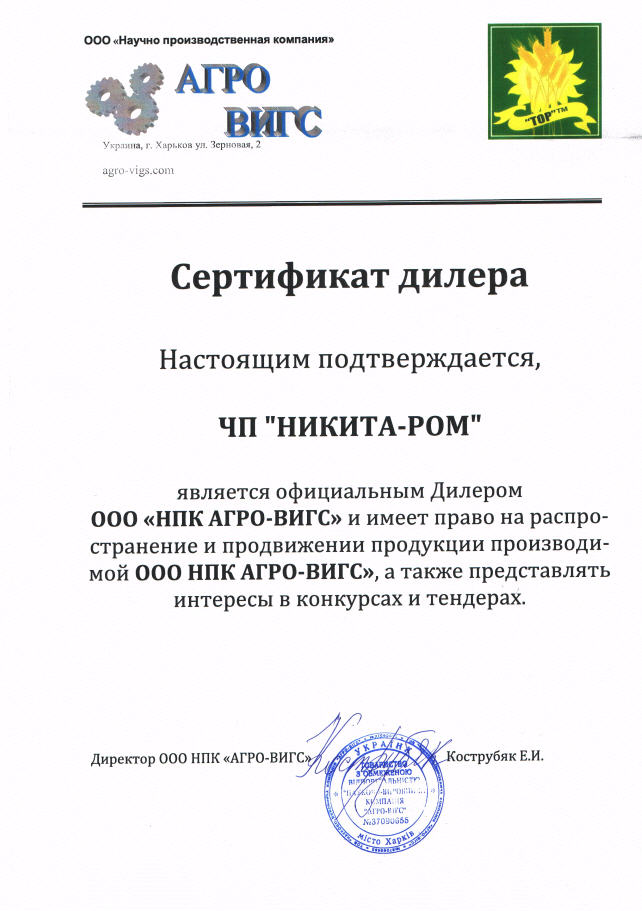 
Comparative characteristics of separators "TOP™" with other cleaners

Advantages of ISM Kharkiv before the GARDEN, Luhansk Diamond,

These two separators use the identical principle - grain division by an air stream on weight and on windage, but are technically executed on a miscellaneous, because of it the separator of TM of "TORAHS" of ISM has a number of essential advantages:

The most important advantage is that we left from the centrifugal fan (snail), and came to direct-flow:

It allowed us to use frequency converters of the Italian or Korean production which give us a number of unique advantages:

Secondly, we received 8 degrees of protection of the engine, such as smooth start-up, a smooth stop, protection against differences of tension, increase of durability of the engine and other.

In the third, control of work of a separator from culture on culture takes only 2 minutes.

In ISM there is no vibrotray that lowers energy consumption, and increases reliability.

As for purification of air, and here the separator of TM of "TORAHS", copes much better than the GARDEN and Diamond

In separators of ISM such all installation with the Cyclonic and Sedimentary chamber works at one engine and the complex is regulated by only one handle that in turn significantly increases simplicity of control.

Also Tsiklonno - the sedimentary chamber gave us a number of advantages:

Due to aerodynamic heating temperature in a separator is 5 - 6 degrees higher that gives effect of subdrying and we can work with cultures of any humidity and a contamination.

At the expense of the closed cycle of air it is possible to install less powerful engine for 30%.

Also the system of the closed cycle of air does not give harmful emissions in the atmosphere.

In a separator of TM of "TORAHS" of ISM there are no difficult knots and devices, and use of high-quality import spare parts gives the chance to give a guarantee 2 years.

The main question which arises at the choice of a kruporushka is its opportunities. Separators of ISM TM of "TORAHS", their missions:

- cleanings and calibrations grain, bean, technical and seeds of fruit and vegetable cultures of any humidity;

- allocation from culture or a zernosmesa of heavy and light impurity, including hardly separable (ovsyug, the Tatar buckwheat, etc.)

- separation on viability and energy of germination of seeds which possess the best sowing qualities.

Thanks to high resolution (+/-of 3% on weight) the separator of ISM can make at the same time both cleaning of seeds of impurity, and division of grain according to biological value and uniformity on fractions. That is one separator is capable to combine 2 - 3 types of the cars connected in a technological chain, dividing initial material into 5 fractions for one pass. At the same time grain dehumidification is made.

Principle of work of a separator of grain ISM of "TORAHS".

The separator of grain ISM of "TORAHS" calibrates and sifts grain and zernosmes by means of the direct-flow electric motor with an impeller located directly in front of a separation chamber. It helped to avoid application of "snail" in whom there is a considerable loss of power. ONE electric motor with an impeller (the propeller from a coal plastic) who is put into a ring is installed in separation machines of ISM of "TORAHS" and is directly in front of a separation chamber that allows to use less powerful engines without loss of efficiency of the car. It still saves the electric power by 1,5 - 2 times.

In these cars the frequency convector which allows to adjust flexibly operation of the machine is used, to smoothly adjust turns of an impeller, to smoothly start and stop the engine that positively influences the term of its service. On separators of ISM the reverse mode - the mode of self-cleaning of knots of a separator from garbage which could get as a result of work is added. Thus, the need for installation of a deturbuliziruyushchy grid which needs to be cleared regularly disappeared, forcedly interrupting technological process.

Thanks to the perfect design decision hit in an air inlet of a separator of the garbage which is on a floor around the car is excluded.

Supply of grain from the bunker is carried out by means of force of terrestrial gravitation without vibrotray which demands installation of one more engine and, respectively, an additional expense of the electric power. Besides the vibrotray would need to be cleaned constantly. Grain moves in the bunker, is distributed on tray width under a body weight, in such look evenly moves in a separation chamber where under the influence of an air stream from a block impellera initial material is sifted and divided on the weight and windage into the corresponding trays, into 5 - 6 fractions.

The separator of ISM has no the knots demanding cleaning in the course of work that does possible operation of the car without technological stops.

Thanks to design features, separators of our Company publish less noise, than their analogs.

Vsyaproduktion is certified and has a warranty in 2 years!

Separators of ISM of "TORAHS" are: preliminary cleaning of seeds; calibration of seeds on fractions; calibration of seed material on biological value; division of zernosmesy; lack of the injured grain; work with grain of any humidity; receiving high-quality and inexpensive sowing material; fast transition to other culture;

Simplicity of a design and control, in operation and maintenance; high reliability and durability; profitability, fast payback.

Differences from the existing analogs:

- Electricity consumption is 2-2,5 times less due to use of the axial fan.

- The engine with smooth start and a stop.

- Adjustment of turns of the engine.

- an electric board on which all information on a condition of the car is highlighted.

We recommend to see
Grain separators
To Compare the Products
×