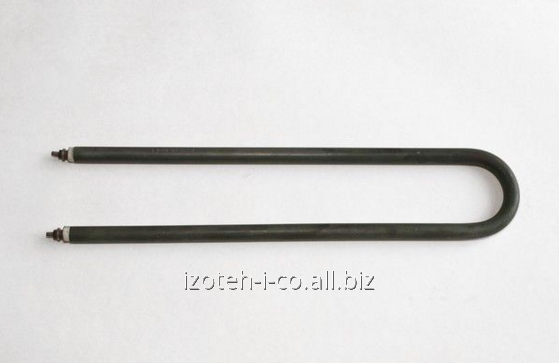 The design of orebrenny TENA, represents two-trailer TEN orebrenny on all surface or fragmentary steel tape. The tape can be made as of carbonaceous steel of brand 0.8Yu or 10 KP.

A big variety of the heating devices made as at us in the country, and abroad is caused by climatic conditions of a midland in which the most part of year is made by cold months. For heating of a big hangar or a warehouse where there is no opportunity to organize the centralized heating, above-mentioned electroheaters are used.

The design of these devices of a prosta:n costs to a metal frame either the axial, or centrifugal fan to which the box with Tenami (the scheme of connection - a star-220V, or a triangle is attached - 380B), at the same time the number of the last depends on the volume of the warmed room. The air created by the fan, passing through hot electric heaters, gets to an air duct, from it - to system of air ducts, rasredelenny on the room. The similar principle and in other heating devices which appointment - to create favorable climate.

You can order TEN from us sorebreniy for the majority of models and modifications of the electro heaters offered in the market of the climatic equipment as an import and domestic production.