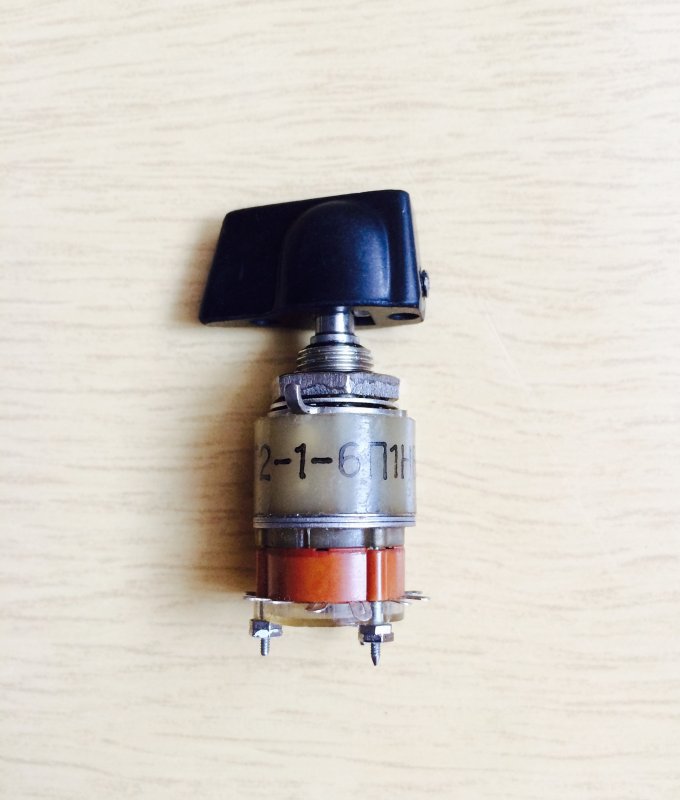 The switches are made in two versions depending on the type of pen.
Performed with a rotational drive 2.11 fixed positions and the number of circuit boards from 1 to 4.
Contact system has a blade-type terminals, allowing the wires to attach the mounting by soldering.
Switches on the technical specifications AUBK.642110.004 TU.