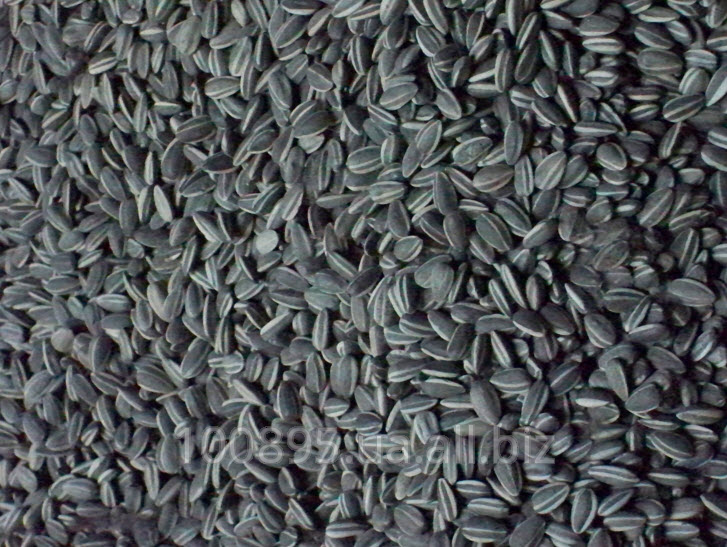 Remarkable feature of this hybrid is herbicides resistance from group of a sulfonilmochevina (Granstar, Trizlak, the Express, Grozny) which it is possible to bring with norm 50 g/hectare for once or 2 times on 25 g/hectare, bringing on vegetiruyushchy plants.

Poimio of high productivity, a sunflower hybrid Alexey differs in the high content of oil in a sunflower seed - 48-50%. Also, the hybrid has high resistance to a drought and a vyleganiye.

The sunflower Alexey will perfectly grow in stemny and forest-steppe klmatichesky zones of the country. In other words - gabrid Alexey it is possible to grow up freely practically in all territory of Ukraine. It is an unpretentious and simple grade in leaving which already has immunity to many widespread diseases. Alexey is a sunflower for the South of Ukraine.

The sunflower kernel large, besides, Alexey, is sunflower vysokooleyny. Alexey - sunflower steady against a zarazikha, and also other weeds and widespread diseases of sunflower. An oil exit from sunflower - 48-50%.

In this case, one-year and long-term two-submultiple weeds on crops of sunflower will not be a problem for the landowner who is guided by a big crop.

The hybrid possesses excellent aprobatsionny and biological signs. Tests of a hybrid of sunflower Alexey took place on sites of the State sortoispytatelny stations in different climatic regions of the country. Alexey showed high and stable productivity on the poor on macro - and minerals soils under adverse conditions in a drought.