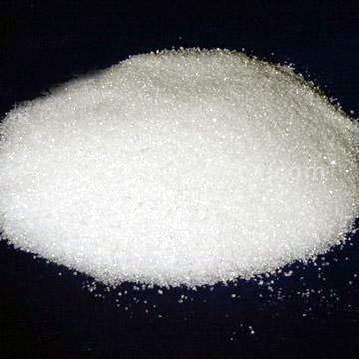 Sodium citrate has srednevyrazhenny salty - sour taste. For this feature citrates and alkaline earth element ( such as sodium and calcium citrate ), they are known as " acid salts" (sometimes referred to as erroneous and citric acid).
Sodium citrate is used :
- Mainly as a spice ( spice ), which gives a special flavor ;
- As a preservative ( food additive E331);
- As part of the flavor of carbonated beverages, a variety of drinks with lemon or lime ;
- As a buffer compound prevents changing pH;
- To control the acidity of some foods, such as gelatin desserts ;
- Is used to control the acidity in the coffee machine ;
- In the production of marshmallow, soufflé, jelly, melted cheese, baby food, yogurt and milk powder. In milk production it is used to produce sterilized or pasteurized milk and dairy products, canned goods and dairy, the manufacture of which requires prolonged heating milk.