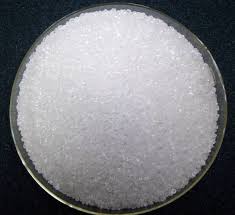 L-selenmetionin of the Prerequisite and advantage

Selenmetionin represents amino acid which contains selenium. It exists in two forms known as enantiomer, including L-selenometionin and D-selenometionin. L-selenmetionin is biologically active in a human body and many other life forms.

The main value of L-selenometionin in additives for health is providing a bioavailable form of selenium which is one of the most important nutrients of people. L-selenmetionin can be simpler absorbed, than selenit which represents an inorganic form of selenium, usually used in additives. One clinical trial showed that L-selenmetionin has the speed of absorption 19% higher, than at selenit.

Selenium plays an important role in many biochemical reactions, especially as a cofactor for reduction of antioxidant enzymes.

As a source of selenium, L-selenmetionin has many specific applications. The most common causes for acceptance of L-selenmetionin include support of a thyroid gland, heart, immune system and maintenance of healthy level of cholesterol in addition of health.

When L-selenmetionin can be necessary

The most widespread signs that L-selenmetionin can be necessary for you include bad work of heart and a degeneration of a cartilage. The general fatigue and weak immune system can also mean that you can receive benefit from L-selenometionin.