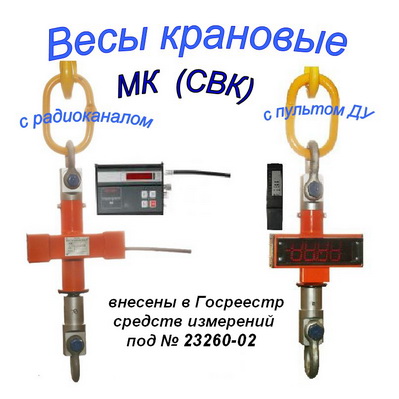 §Электронные crane scales for statistical weighing with remote control of the Atlas of the MK-2000, MK-5000, MK-10000, MK-20000 Models series are intended for weighing of the freights transported by cranes in production rooms and in the open air.

§В scales compensation of mass of a container in all range of weighing is provided.

§Весы are supplied with system of charging and operating control of degree of a zaryazhennost of accumulators, and also the remote control (RC)

Scales crane MK are brought in the State registry of measuring instruments of Russia and Ukraine at No. 23260-02