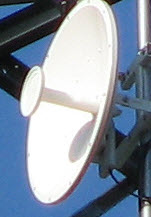 Rotational extract in the direct and return way

The direct way of a rotational extract is recommended for a shaping of thin-walled and lengthy cylindrical details, and also all types of details of conic and ozhivalny forms. At RV on the return way the mandrel has to correspond to an internal contour of preparation therefore the mandrel can be several times shorter than a detail. However at this way there is a danger of emergence of a longitudinal bend in the squeezed-out detail after its descent from a mandrel that imposes especially strict requirements on a preparation raznostennost, a beating of a mandrel and rollers and on the accuracy of installation of a gap between a mandrel and all rollers. The return way is admissible to be applied to a shaping of rather thick-walled and short exact preparations of cylindrical details or preparations of details. Process of a rotational extract can under be divided into processing without thinning, with thinning and a raskatyvaniye.

At expression without thinning for several consecutive passes of the tool thickness of a wall does not change or slightly decreases. Receive more or less considerable reduction of the maximum diameter of preparation when processing without thinning. When processing with thinning and expansion outer diameter for cooking (or the internal diameter of pipes) and the received detail remains invariable, and wall thickness more or less considerably decreases; thanks to it length of the received detail along a rotation axis increases. At a rotational extract preparation grandmas establish between the mandrel fixed on a spindle and a clip the back to it.
Similar company services
Contact the seller
Rotational extract in the direct and return way