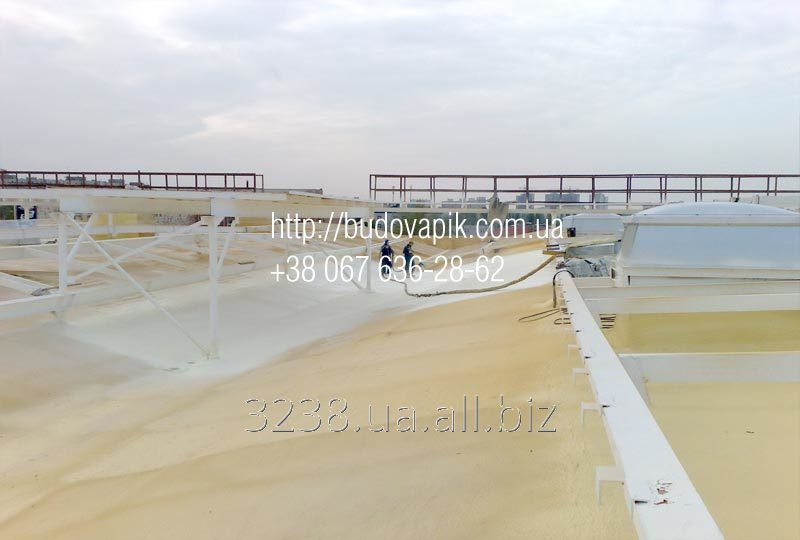 Popularity of polyurethane foam is explained by simplicity of process of their receiving the place of application. It is reached by the fact that as initial raw materials for receiving polyurethane foam serve liquid products, different degree of viscosity at which mixture in a certain ratio there is a chemical reaction of synthesis of polymer to its simultaneous foaming, the formed (evaporating) during reaction gas environment.

The Budova-PIK scientific and production enterprise is ready to offer you the following types of works:

We recommend to see
Services in roofing works and external facing of walls
Painting and decorating front
Roofing works
Revetment of facades, socles, columns with marble and granite
Replacement of roof elements
Dismantling of cover
Insulation of roofing
Design of the constructions of ventilation facades
Restoration of roofing using roll bituminous materials
Warmth-keeping and revetment of buildings facades
Installation of gutters
Facade works
Device drainage systems
To Compare the Products
×