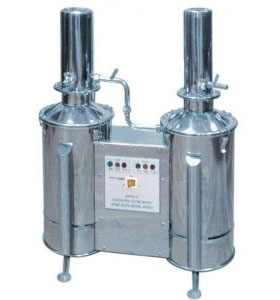 In stock
Price:
36950 UAH
Vetmedfarmservis PKF, ChP
Ukraine, Poltava
(View map)
Call
Products of other enterprises
Technical characteristics
Description
In redistillators the principle of double distillation is implemented. The received distilled water from the first contour comes to an evaporating copper of the second contour and is exposed to repeated distillation. The received distilled water possesses the improved physical and chemical properties.