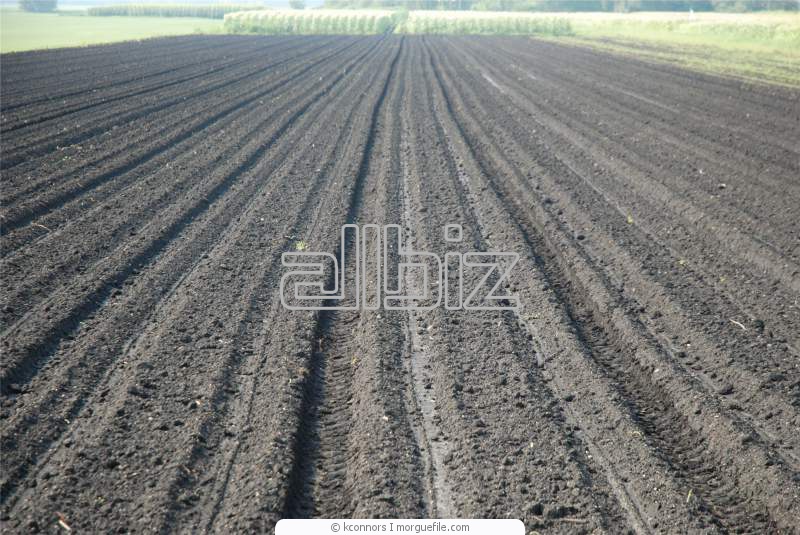 100% of positive reviews from 4
5
5 years on Allbiz
Description
In the spring the soil is harrowed to close moisture. At the same time the surface of an arable land is leveled, the blanket of the soil is loosened to a small state owing to what from it less water evaporates. It is better to harrow a ploughland heavy harrows in the unit with loops. At the same time the condensed top layer collapses, capillaries between the lower layer, rich in water, and the top layer are interrupted. The loose coating of the soil gets better warm and aired, in it actively there are microbiological processes, rather nutrients collect.

Quality a boronovaniye depends on terms of its carrying out. Delay leads to big losses of moisture, formation of a soil crust and komkovaty surface of an arable land. At premature the boronovaniye when the soil still crude, it is not loosened, and is condensed.

Sign of approach of the beginning of spring field works is the serovatost of tops of blocks or lumps of an arable land. At this time the soil ceases tinutsya, i.e. becomes ripe.

Quality of a boronovaniye depends on the mass of harrows, a shape of teeth, the angle of their penetration into the soil, humidity of the soil, length of drafts and speed of the movement of a harrow. Harrows subdivide dependences on the weight falling on one tooth on heavy, average and easy. Heavy harrows (pressure upon one tooth of 1,5-2 kgfs) it is more and more deeply (on 5-8 cm) loosen the soil. Average harrows (pressure upon one tooth of 1-1,5 kgfs) loosen the soil on depth of 4-6 cm.
For the last alignment of the soil before crops and after sowing, and also for destruction of a crust on crops use easy sowing harrows (pressure upon one tooth of 0,5-1 kgfs). These harrows on depth of 2-3 cm loosen the soil. Pressure upon teeths of harrows can be increased additional freight.
In a form teeths of harrows can be round, rectangular, flat, nozheobrazny, etc. Rectangular teeth in heavy, and round - in lungs of harrows. Flat nozheobrazny teeth easily go deep into the soil and saw it less, but loosen insufficiently and almost do not mix.
Length of teeth is of great importance. If they too long, depth a boronovaniye is excessive, and the surface of the soil which is insufficiently leveled.
Quality a boronovaniye depends on humidity of the soil. It is impossible to harrow very damp soil as it is not loosened, and the surface is condensed, and later, with approach of dry weather, dries up. Dry soils are also not loosened, and excessively sprayed.
The soil should be harrowed in a ripe state when its humidity makes 40-60% of a full moisture capacity. At bigger humidity it is possible to harrow only sandy soils. If to harrow the soil, especially heavy on mechanical structure, his breasts are crushed, and only to move on the surface of the field. If to harrow such dried-up soil in several traces, on a surface large particles, and at a certain depth small units will collect that can become the reason of formation of a harmful deep (intra soil) crust.
Quality a boronovaniye depends on the speed of the movement of the unit. At the bystry movement of a breast break better, but processing depth at the same time is less, than during the slow movement. At excessively high speed of the movement of harrows (especially easy) will be uneven what negatively to affect quality a boronovaniye. Will be also dispersions of the soil more. In special experiments on this question at increase in speed a boronovaniye up to 6-7 km/h better blocks were crushed, and at the subsequent increase in speed fluctuations of harrows on depth of the course and width of capture grew.
Ways of a boronovaniye. Distinguish three ways a boronovaniye: zagonny, figured and cross and diagonal.
At the shelter of a boronovaniya of a harrow every time come to an edge of the field. When harrow in two traces, the first time it is necessary to process the area lengthways, and the second - across a plowed land. Zagonka at this way a boronovaniye have to have the form of the extended rectangles.
At a figured boronovaniye of a zagonka in a form remind a square. The field is harrowed around, without single passes. At a boronovaniye to two traces the second time it is carried out on diagonal to the first by processings. The figured way can be used on squares, pure from weeds.
Lack of these two ways (zagonny and figured) is that at a boronovaniye in two traces one trace coincides with - the direction of plowing therefore soil is unevenly loosened and is worse leveled. Besides, at the shelter of a boronovaniya also single passes take place.
The best in this regard poperechnodiagonalny boronovaniye. At such way the direction of the movement of teeth of a harrow do not coincide with the direction of a plowed land that improves quality of loosening of the soil and provides the best alignment of the field.
Harrows are used rather widely: for spring loosening and alignment of a ploughland, for preparation of the soil before crops and alignments after crops, after prikatyvany smooth skating rinks, for destruction of a crust and shoots of weeds after crops (before emergence of shoots of cultural plants), for a boronovaniye winter and herbs in the spring, during processing pure and busy steam , etc.
For destruction of a crust on crops of a harrow it is necessary to replace with rotational mattocks. Teeth of a mattock go deep into the soil, destroying a crust without considerable dispersion of the soil. But it should be noted that the rotational mattock badly destroys shoots of weeds.
Mesh harrows use on the cultivated soils for after and sowing and poslevskhodovy a boronovaniye of sugar beet, corn, potatoes and other cultures. Each tooth of such harrow can move irrespective of others therefore it copies the surface of the soil better. Mesh harrows destroy shoots of weeds and loosen the soil, without damaging shoots of cultural plants. The mass of these harrows are much less than the weight usual therefore they process the soil superficially that reduces a damage rate of shoots of plants. Spring harrows use for processing of stony soils and sites after the wood. Working body of this type of harrows is the steel plate bent by a spring. On the design spring harrows remind spring cultivators from which they differ only in the fact that have no wheels. These harrows have the same shortcomings, as well as spring cultivators therefore use them only in case of need.
Similar company services
Contact the seller
Processing of the soil (boronovaniye, diskovka)

We recommend to see
Preseeding preparation
Services of cultivation of the land: harvesting with combine harvester
Comprehensive analysis of the soil
Tillage
Services in tillage: plowing
Soil cultivation
Send inquiry
Buy
Contact supplier
Your question has been sent successfully
Consultants of the shop typically answer questions during the day.