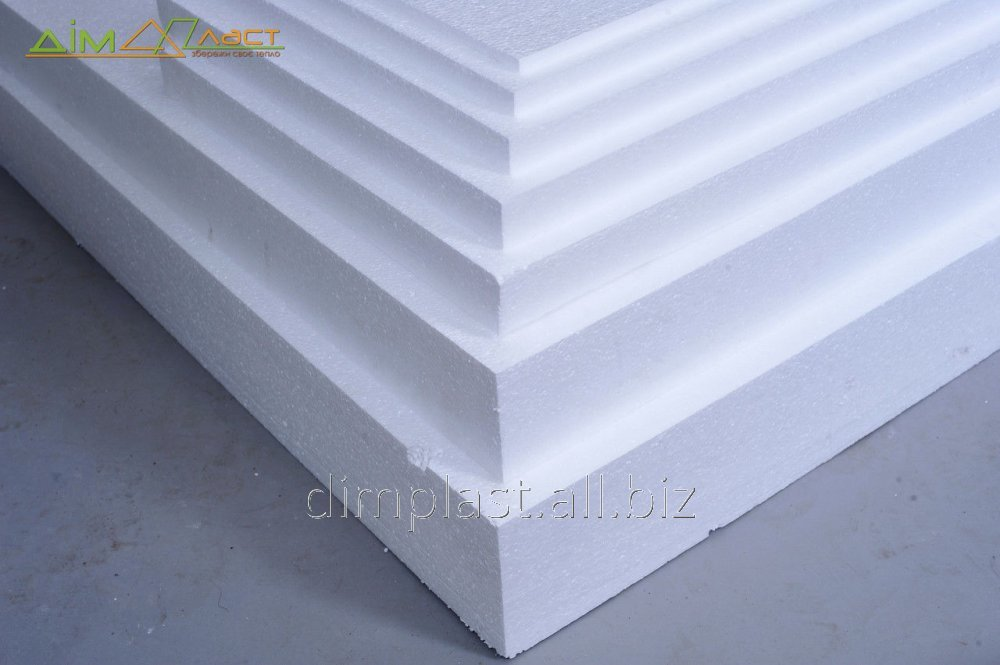 The system of warming of facades of "wet type" ― is complex front finishing at which the building is outside warmed by a continuous layer of heat-insulating plates, and then gets off for giving to the building of the finished view with a wide choice of various finishing materials, decorative plasters, with variety of invoices and color schemes.

Sheet expanded polystyrene which suggests to buy the Dimplast company can be used for warming of walls both with internal, and from the outer side. For warming of walls from within the building most often use sheets 50 millimeters thick. At the same time before installation of foam plates it is very important to remove all coverings (hard putty, plaster and so on) from the concrete or brick basis of a wall and to process it a special primer with anti-fungal structure. Also you should not forget that the reinforced grid is applied on the polyfoam pasted to a wall from outer side, and only then it is puttied or plastered. As for warming of facades, in this case sheets of polyfoam fastens on a special framework from a metal profile, and plates after gluing, are surely fixed in several points by special expansion bolt shields fungi. After that the heater becomes covered by the reinforcing grid and is plastered.

Thus, if you conceived to warm the house or office building, then you need to think of buying sheet polyfoam as it is favourably emitted against other heaters. To buy polyfoam in sheets of any thickness and in any necessary quantity you will always be able at the Dimplast company.

Scheme of warming of "wet type"

― the Heat-insulation layer increases heat conductivity of walls due to high insulating properties of material. As a rule, in systems of "wet" type as heat-insulating material use expanded polystyrene plates.

― Fastening of plates to a wall is carried out glue structure then it is in addition fixed by expansion bolt shields. Glue-main fixture, it plays a crucial role in perception of a body weight of system.

Use of glue along with mechanical fastening is necessary for two reasons.

First, to record plates before their mechanical fastening.

Secondly, for a dense prileganiye of plates to a wall which excludes a possibility of penetration of air streams under plates.

― the Reinforcing layer is necessary for ensuring good adhesion of a protective and decorative layer with a heater.

As a rule, this layer consists of the special glue structure reinforced by the grid steady against alkali and acids. As the reinforcing layer use the glass grid processed by special alkaliproof structure.

― the Protective and decorative layer carries out two functions.

It protects heat-insulating material from atmospheric actions and at the same time bears esthetic loading. Usually such layer consists of a primer and decorative plaster.

Decorative plaster can be mineral or polymeric. Finishes a decorative layer external coloring by the structures permanent to atmospheric actions.

The system of external thermal isolation of "wet" type appeared rather recently, but already gained a deserved authority of builders.

It is possible to carry to the positive moments of this system:


possibility of decrease in thickness of external walls that involves more rational use of useful area of a structure;
increase in thermal resistance to the protecting design without significant increase in its weight. It allows to achieve the desirable thermal resistance of walls without strengthening of the bases of a structure;
increase of sound-proof qualities of walls;
the moisture concentrated in system of external thermal insulation quickly evaporates that allows to keep heat-insulating properties of a heater;
accumulation of heat in the protecting design as the isotherm (0 °C) is in heat-insulating material;
lack of thermal deformations of elements of the protecting designs because the heater assumes all fluctuations of external temperature.


The main lack of "wet" systems of warming of facades ― the minimum air temperature during their installation has to be not less - 5C.

If there are questions call right now!!!