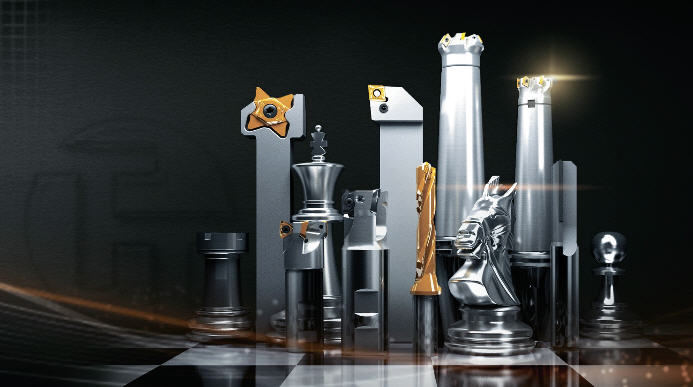 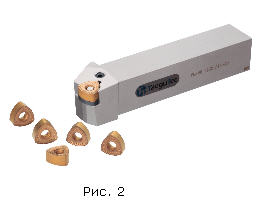 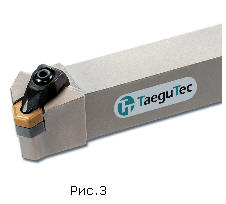 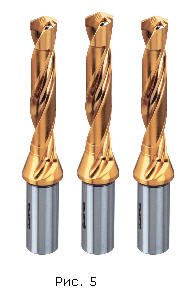 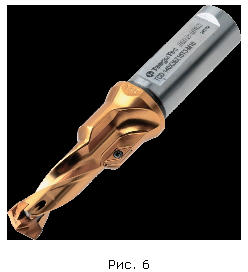 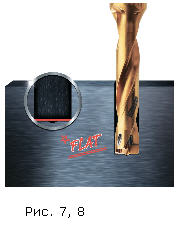 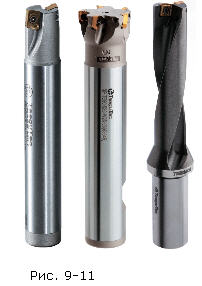 "The last generation of the TaeguTec tool became much more productive and reliable, they can execute much bigger amount of works with higher speed and without additional finishing operations. Therefore, from the economic point of view, the TaeguTec tool is much more effective and more favorable, than even the cheapest, but less productive analogs. TaeguTec has own research office which cooperates in the field of materials science with many known scientific centers and universities creating the new cutting materials for processing of metals, alloys and composites. Being based on researches and bench tests, and also studying results of operation of the tool at the enterprises consumers, TaeguTec constantly improves the production, creating new methods of cutting of materials and complex technological decisions. Usually, it is more similar to collaboration of partners, than to the relations of the seller and buyer. Offering the progressive tool and new technologies of cutting, the company guarantees decrease in prime cost of products".

The TaeguTec company is one of world leaders in development and production of the most perfect metalworking production. Result of long-term experience of engineers "The center of Developments and Development" (R&D) are stable deliveries of the wide nomenclature both ISO, and the non-standard metal-cutting tool to the world industrial market. As the successful leader interested in development and motivation of the partners and clients the TaeguTec team is ready to share secrets of effective work. The idea is simple — costs of metal working can be reduced noticeably practically in any production task. If to speak about Ukraine, then it is quite obvious that the machine park of the enterprises of our country is various also in sense of huge range of solvable tasks, both of degree of wear and on productivity. The lion's share of the equipment used by the Ukrainian industrialists is still occupied by domestic lathes (16K20, 6P13, 2A622 …), but at the same time the increasing niche is occupied by modern representatives of the same of "weight category" — the processing centers of the leading producers of the equipment, such as DOOSAN, MAZAK, DMG, etc. Specialists of the TAYEGUTEK company UKRAINE systematically analyze and consider all requirements of the market, offering more and more perfect tool which will allow the Customer not to spend time and funds for search of the optimal solution, taking into account specific objectives, the used machine park and professional standard of experts. For example, the new generation of the turning cutting tool embodied in the range RhinoRush (see fig. 1) was rather universal decision for the majority of ordinary problems of the Ukrainian productions.

Plates of this series have a smaller dimension in comparison with ISO to plates, but on technical characteristics concede nothing to standard analogs. The customer reduces costs of the tool already at the time of its purchase: firmness of system "a derzhavka + a plate" actually does not change, and cut in expenditure happens at the expense of the smaller cost of a plate that has special economic effect when using not of the most productive equipment, for example, which is not equipped with the ChPU system.

It should be noted that alloys and struzhkolomayushchy provide to geometry in which RhinoRush series plates are made processing of all types of materials and show good results during the work on blow or in the conditions of the increased vibration during the work on the worn-out equipment. In case of use of the modern equipment with ChPU, the class DOOSAN and dr, more significant, than the price, is the "cost of a stankochas" parameter regulated by achievement of the maximum productivity. In other words, the detail will be made quicker, the resources are spent less and the more such work will be able to make profit for the enterprise. And here it is not so important what cost and firmness of the tool (reasonably, it is natural).

Indicative example is the line of the TOPFeed tool (see fig. 2). This series includes the innovative derzhavka and a special plate capable to work at ultrahigh giving (to 2,5 mm / about). Experimental conditions of processing of a detail like "Shaft" are given in table 1. Data of tests show enormous result: time of roughing of a detail can be reduced by 2,5 times, reducing, respectively, cost of its production many times. The curvilinear surface of plates minimizes efforts of cutting when turning. Application of a plate of the TOPFeed BNMX 150720 series on the above described modes loads the lathe for only 38% at the power of the main drive 22kW.

"Quality of cutting is always defined by a combination of characteristics of the cutting plate and a derzhavka, they surely have to correspond each other! Fixing of a plate on a derzhavka of an outdated design is inadmissible! It can be compared only to attempt to install the new software on the old computer. All understand that it is inefficient. Therefore constantly update the computer equipment to work with modern programs. It is also undesirable to use high-quality plates of TaeguTec of the last generation with derzhavka which do not correspond to their technical characteristics. In this sense between use of outdated derzhavka and computers of the previous generations there is no difference. Unfortunately, experts on places not always attach due significance to this question. Buy cheap models from little-known producers. Use of improper equipment by them leads to loss of productivity and additional unjustified expenses on the raised expense of the cutting plates".

Serious influence on productivity and reliability of the tool is rendered by a form of a plate and quantity of its cutting edges. We can see the maximum number of the cutting edges in plates of the turning HEXTurn series (see fig. 3) — the decision which does not have analogs at one of producers of the metalworking tool. This unique plate of HNMG 050408 with 12 cutting edges is ideally suited for operations of a tortsevaniye and external processing of a detail at a metal sjyoma to 3,5 mm and giving to 0,6 mm / about. Faultless replacement to standard square plates thanks to a corner at top in 120 ° showed high durability on operations of processing on blow and at high giving. The HEXTurn series tool well proved at the enterprises of Ukraine at longitudinal turning of forgings.

The last developments of experts of TaeguTec concerned also tool decisions for pieces and cutting of flutes. Plates of the QuadRush series have 4 cutting edges (see fig. 4). At the same time premature wear of one of them completely will exclude probability of breakage of other edges, thanks to a unique design of derzhavka with a protective pocket — you just change a working edge of a plate and avoid new setup of the machine. Three types of struzhkolomayushchy geometry (under various tasks) provide multifunctionality of a ruler, and various width of plates (from 0,5 to 8 mm) allows to carry out flutes for one incision, reducing at the same time processing time.

It is known that modern technological equipment allows to carry out operations of off-axis drilling and milling on the lathe. For such tasks engineers of the TaeguTec company also have special decisions focused on achievement of the maximum economic effect. Until recently drilling of openings with a diameter up to 12.5 mm was recommended to be carried out only by means of monolithic drills. Today there is an excellent opportunity to receive high-quality openings by means of combined drills, since diameter of 7 mm. With such purpose the DrillRush series tool was developed (see fig. 5).

The nomenclature of drills with replaceable crowns with a range of diameters of Ø (7-25,9) mm and a step of 0,1 mm, allows to carry out openings with depth to 12xD. The simplified design of a series does not provide any fasteners: the set consists only of the case and a head. Maximum efficiency of drills is shown during the work on high giving. Use of the standard combined drills (see fig. 6) allows to carry out gostirovanny openings under a carving, forming at the same time zakhodny facet and reducing processing time. The nomenclature of the cutting heads of the DrillRush series includes the 4th various geometry with a corner in respect of 140 ° under all types of the processed materials (see fig. 7).

Good example of demonstration of production economy are operations of processing of openings with a flat bottom. As a rule, such tasks demand application of two types of the tool: drill and face vertical drill. Application of drills of the DrillRush series gives the chance to save on operations of completion of a bottom of an opening (see fig. 8). The line of the DrillRush tool from the TaeguTec company provides realization of 95% of tasks of drilling for all types of the processed materials on machines of any level of automation or power. In need of effective drilling of openings from Ø12,5 of mm and above, perfectly proved the drills of the T-Drill and TOP-Drill series (see fig. 9) equipped with the replaceable plates calculated on high-speed cutting. The maximum standard diameter of drills can reach 80 mm.

Serious advantage of the modern turning processing centers is an opportunity to carry out also milling operations. Power of the driving tool on such machines does not allow to use mills of big dimensions therefore monolithic mills that is not always favorable were the best choice for milling on the lathe until recently. Modern developments of producers of the metal-cutting tool allow to apply mills with plates already from mm Ø8. In particular, mills of the TaeguTec company of the ChaseMill mini series with plates of AXMT 0602PER-EM which have 2 cutting edges have such advantage (see fig. 10). And also more economic decision — the MillRush series (see fig. 11) with its plate which made a noise in Ukraine 3PKT 060304 R-M with three cutting edges, but with the minimum diameter of a mill from mm Ø12. Closely cooperating with specialists of the TAYEGUTEK company UKRAINE, many enterprises reach good economic effect in the field of metal working and constantly improve it. Using the tool of the TaeguTec company on any production, it is possible to come to new technological level, using all potential of the available equipment.