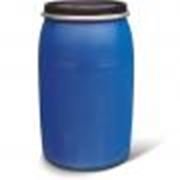 Allows to significantly improve the solubilization of substances in water that are difficult to dissolve - fragrances, preservatives, additives and actives.

restoration of the natural level of humidity;

the formation of a protective film on hair and skin;

We recommend to see
Surface-active substances
Chemical components
Send inquiry
Buy
Contact supplier
Your question has been sent successfully
Consultants of the shop typically answer questions during the day.