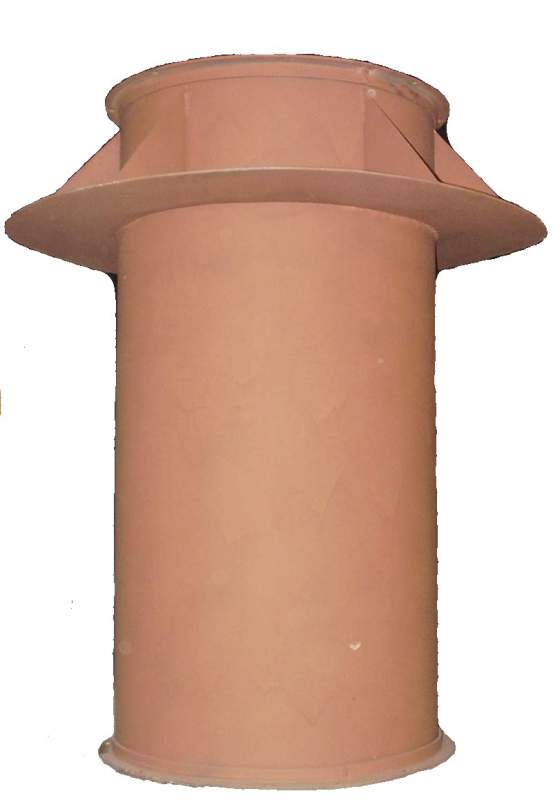 Knots of pass are intended for installation in places of pass of steel air shafts on coverings of buildings of different function.


Pass knots through a roof unitary enterprise are mounted in system of ventilation of public rooms, at the same time ventilation either compulsory, or natural. The choice of their execution during design happens on the basis of set of a number of conditions, for example, depending on temperature, humidity, etc.
The pass knot unitary enterprise calculates taking into account two indicators: a tilt angle of a roof and distance to the fad.
Also knots of pass include a branch pipe which is connected to a basic flange in the design. The basic flange plays a role of fastening by means of which the knot of pass is attached with a reinforced concrete glass. The top trailer flange of a branch pipe fixes the mine with round section, the lower flange - the valve or an air duct. Fastening a raschalok is made by means of a collar (mine) and arms (a covering of buildings).

The knot unitary enterprise with the manual drive is applied when an operating mode - stable, not demanding numerous switching. The device of the manual drive includes a cloth portyany, a counterbalance, the sector of management and as option, a rope. The skirt as unitary enterprise making an element of knots, is necessary when assembling system for providing a waterproofing of a roofing covering. If necessary knots are supplied with a kondensatosbornik who is welded on a branch pipe. Such need arises when moisture drops out of air and gas mix. Mechanical control of the valve does not do without executive mechanism. Adjustment of the executive mechanism is made on calculation "to open" and "close". At production of knots unitary enterprise use black steel which thickness makes 1,5-2 millimeters.