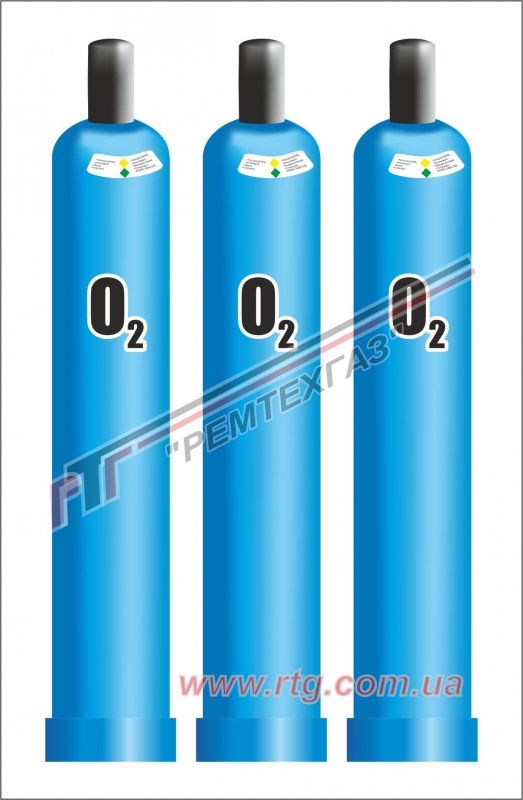 Oxygen — an element of the main subgroup of the sixth group, the second period of the Periodic Table of D. I. Mendeleyev, with atomic number 8. Oxygenium is designated by a symbol O (Latin). Oxygen — chemically active nonmetal, is the easiest element from group of chalcogens. Simple substance oxygen (CAS number: 7782 - 44 - 7).

Under normal conditions — gas without color, taste and a smell which molecule consists of two atoms of oxygen (formula O2) in this connection it also call dioxygen.

Oxygen is received in the industry from air now. In the main industrial way of receiving oxygen, cryogenic rectification is. The oxygen installations working at a basis of membrane technology are also well - known and are successfully applied in the industry.

Laboratories use the oxygen of industrial production delivered in steel cylinders under pressure of about 15 MPas.

Broad industrial use of oxygen began in the middle of the 20th century, after the invention of turbodetander — devices for liquefaction and division of liquid air.

Converter way of production became or processings of mattes it is connected with use of oxygen. In many metallurgical units for more effective combustion of fuel instead of air in torches use oxygen - air mix.

Welding and cutting of metals

Oxygen in cylinders is widely used for gas - flame cutting and welding of metals.


In the food industry

In the food industry oxygen is registered as E 948[5] nutritional supplement as propellant and packing gas.

On each consignment of goods the laboratory of the enterprise issues the quality certificate.

Oxygen is used for enrichment of respiratory gas mixes at breath violation, for treatment of asthma, a decompressive disease, cardiovascular insufficiency, ischemia, hypoxemic states, stenocardia, pneumonia, asthma, at anesthesia and other medical cases of prevention of a hypoxia in the form of oxygen cocktails, oxygen pillows, in oxypressures chamber, gas station of oxygenerators (oxygen masks, pillows, etc. ) in chambers with a special microclimate at cultivation of microorganisms on oil paraffin

LLC IPF Remtekhgaz provides to clients industrial oxygen gaseous (GOST - 5583). The quality standard extends to gas which is produced from air by means of rectification at a low temperature or gas that turns out as a result of water electrolysis. Medical oxygen has the same characteristics of quality.

Discovery of this substance was preceded by developments of many scientists among which main contribution by right is attributed to Lavoisier, Priestley, Sheele. Oxygen is gas which has neither color, nor a smell, and contains in nature for 21% (most widespread). For this reason such broad application in a huge number of spheres of activity of the person has industrial oxygen (the price for clients of online store is acceptable). The oxygene easily reacts in contact with almost all other chemical elements, except inert.

Without oxygen cutting or welding of metal are almost impossible. Its burning allows to be formed to temperature to 3000 °C. Besides, the oxygene is used as excipient during plasma and laser cutting, for cutting by a spear.

The company suggests to use for gas - flame processing of metals or gaseous industrial oxygen is more whole than others. The price of goods is specified in the section and does not exceed market.