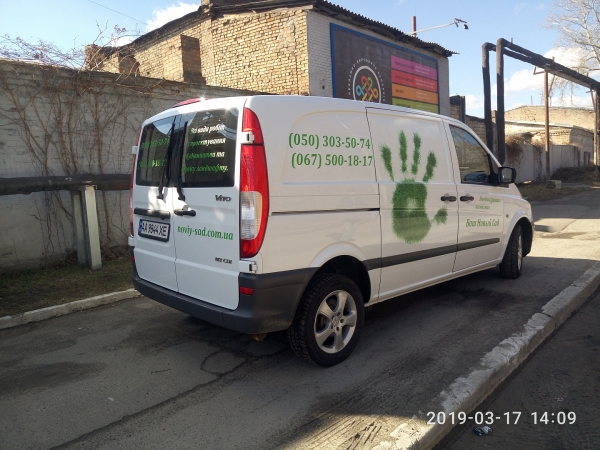 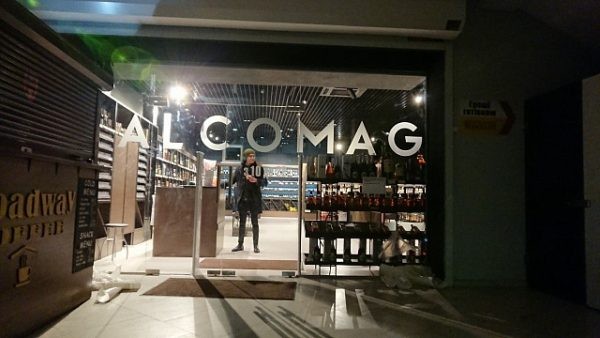 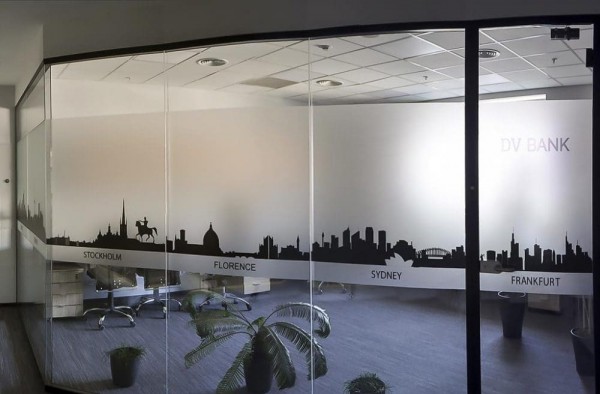 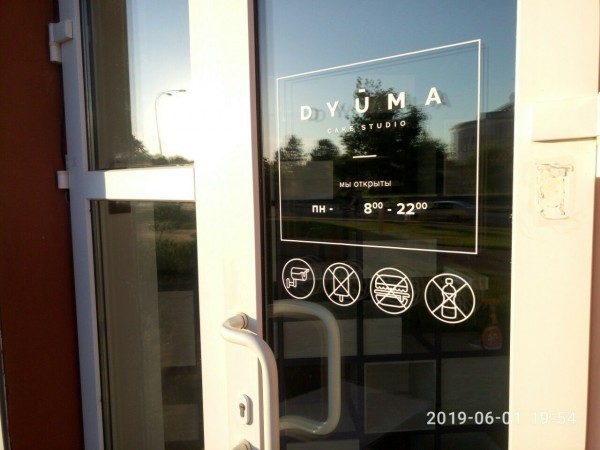 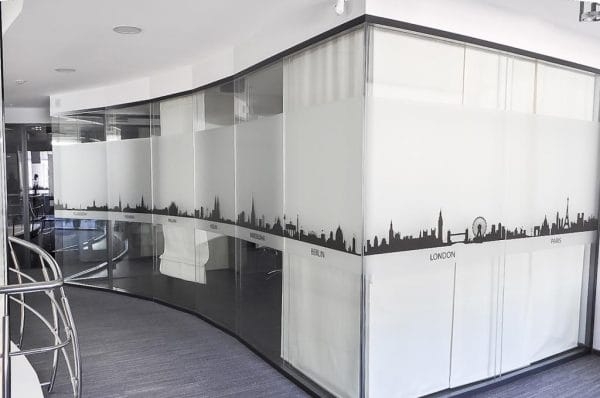 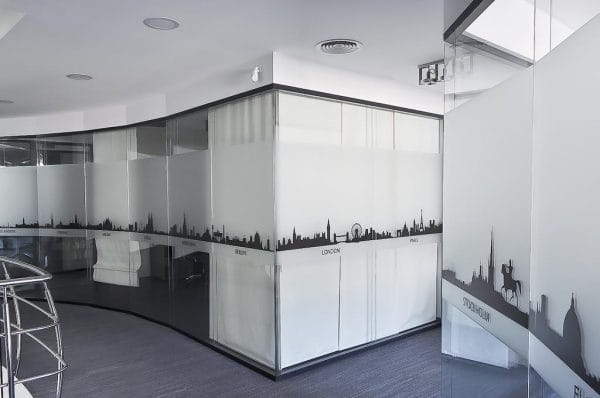 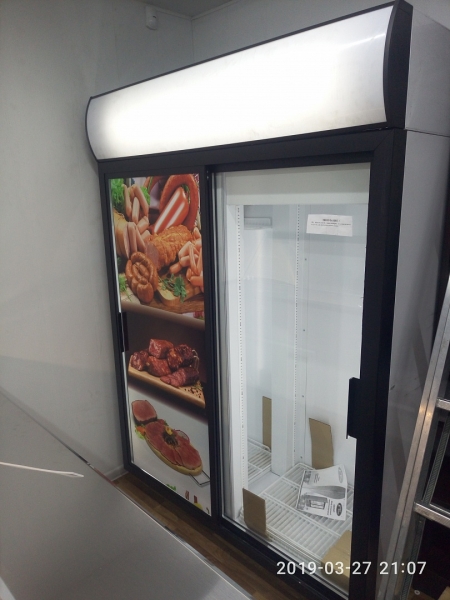 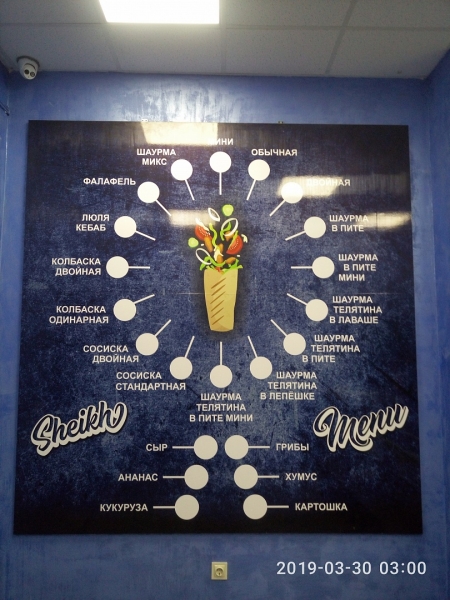 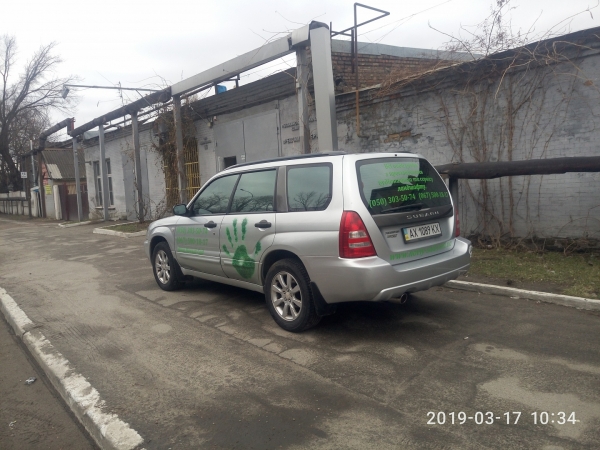 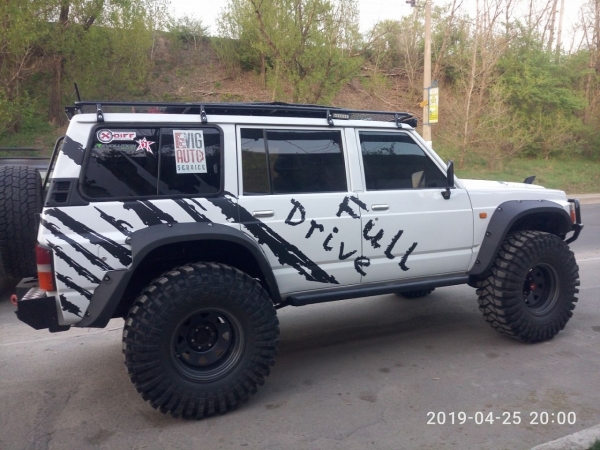 The gluing of the oracle into shop windows and glass stores is an outdoor advertisement, for which you practically will not have to pay.

The presence of different types of film oracle allows you to create outdoor advertising and interior, interior advertising or design in a single style, branding.

The gluing of the oracle, which quickly and easily can be dismantled, is removed practically with one hand movement and leaves no traces on the surface. That will allow delivering temporary information, which will soon need to be removed.

The gluing of the film oracles of another type, which not only reliably mounts, but is designed for long - term work in aggressive environments – will not be so simple in dismantling, more expensive, but will serve many times more and is used for branding cars, for example.

Branding with the help of gluing the film oracle

Unique abilities of the film oracle, its range of colors, the presence of a matt oracle or glossy, oracle with a pattern and without it allows you to create a unique style, an individual, nothing like decoration, branding. You can create a recognizable style for your cafe, shop or even office. At the same time, its cost will not be sky - high. And the quality will depend on the experience of the craftsmen on the sticker, the knurling of the oracle. Here, our company, the Advertising Agency, there is practically no equal, because we are already 16 years in the market and know all the subtleties of this work.

We have already created unique objects for their design. Examples of our work on the design of the oracle can be seen in the photo.

Pouring oracle in Kiev and not only

The company Advertising is territorially located in Kiev and is engaged in works on gluing the oracle mainly in Kiev and in the region, but we will be happy to go to your beautiful city on a business trip. We are ready to pouring oracle and in Odessa, and in Kharkov, and in the Dnipro, and in Zaporozhye. Yes, and throughout Ukraine we carry out the work on the design of shop windows, glasses, mirrors with the help of gluing the film oracles.

Below we provide reference data on the types of film oracle and their properties, on which the price of sticking oracle depends

Oracal, as is known, is the brand of self - adhesive film of their PVC. The service life of certain types of film reaches 10 years.

The film oracle 551 is used, mainly, for advertising on transport. The thickness is 0.07 mm. At the same time it is stable and reliable both in strength and color, even with constant exposure to ultraviolet rays of the sun. Those. works great as an external, outdoor advertising. Not afraid of sea water, lubricants, oils and acids. Service life up to 7 years at a temperature of - 50 to + 100 degrees Celsius. Performed in a glossy version of 60 colors, and in matte – 2 colors.

The film oracles 620 is characterized by easy dismantling. The thickness is 0.08 mm. It is often used for advertising and information messages inside the premises, as well as for creating interior advertising. The service life is not long, up to 3 years, while operating in a temperature regime from - 40 to + 80 degrees Celsius. Such a film is also characterized by the fact that it does not damage the surface on which it is glued. It is both matte and glossy. The film oracles 640, 641

Oracal 640 and 641 are universal films. It is made in different variations: as glossy, and matte and different colors. The thickness is 0.075 mm. Self - adhesive film is on a special substrate. The service life is 4 years. When gluing such a film, you need to monitor the ambient temperature. It should not be below 10 degrees Celsius. Operate the film oracle 640, 641 can be in the range from - 40 degrees to + 70 degrees Celsius.

The longest running film was yelling. Service life up to 10 years. Many colors (about 90) in both gloss and matte finish. It is well deformed and resistant to aggressive substances. The thinnest one on the market. The thickness is 0.05 mm.

Used in outdoor advertising for the manufacture of light boxes, light boxes and citylights. It differs in thickness, 0.1 mm. It dispels the light well, why it is so readily used by advertisers. At the same time, it does not spoil the surface on which it is glued and even on the surface with expensive paint. The service life of such a film is up to 7 months. Temperature range from - 40 to + 80 degrees.

The gluing of the oracle is taken from the calculation of the cost of gluing one square meter. Naturally, the price will differ from the type of film, full color printing and many other components of the factors. But there is nothing easier than to call us and discuss all the conditions in which this film will work and find out the price. Just use the phone number & nbsp; in the header of the site or click on the link  Contacts  and order a callback or miscalculation of your option.

Why do I need to order the oracle to be advertised

Please refer to the services of our  professional team of RPC “Reklamayster”  . We will not only realize any of your idea of ? ? making a  advertising signboard  , but we will also make adjustments (if necessary) , help with registration  , installation and further maintenance of this advertising signboard.