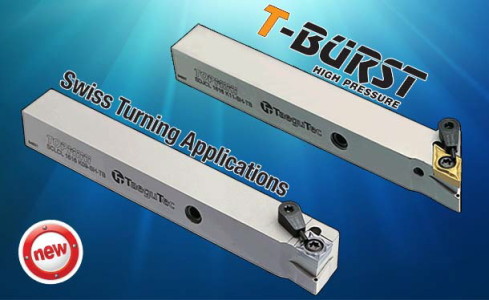 In a design of a turning derzhavka of T-Burst for machines of the Swiss type, as well as in the previous generations of derzhavka of T-Burst, the SOZH feeder under high pressure is used. The stream SOZH moves from two openings in a zone between shaving and a forward surface of a plate. Such feature provides optimum control of shaving, increases firmness of the tool along with the improved productivity at the expense of higher speed of cutting and giving.