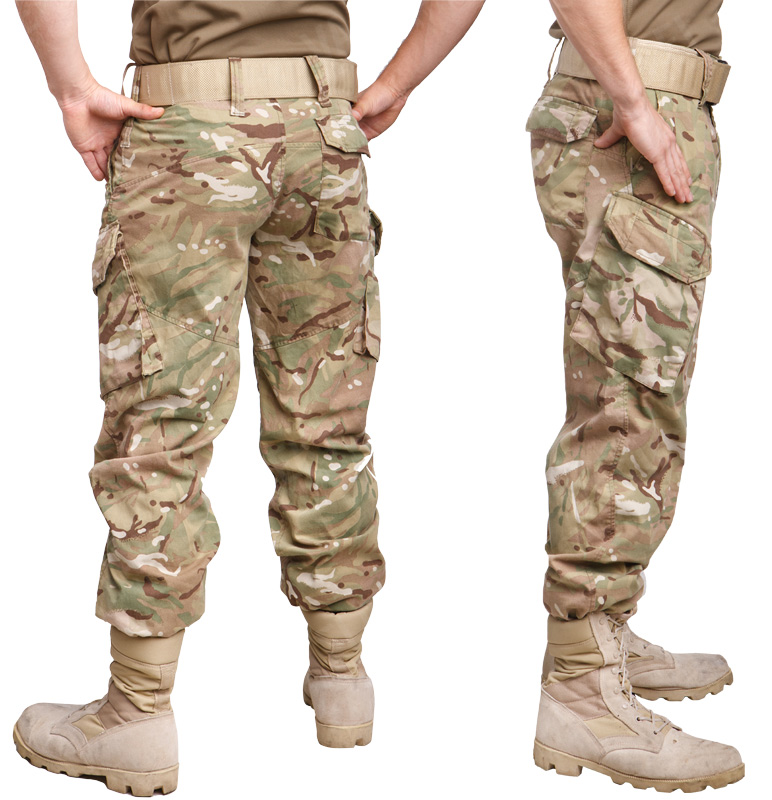 Trousers of army of Britain in MTR camouflage. Analog Animated cartoons of army of the USA.

The bottom of a trouser-leg is regulated by a lace.