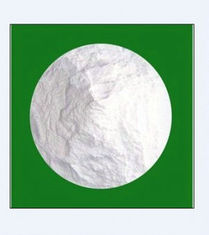 Magnesium citrate — magnesian C6H6O7Mg citrate, source of magnesium, one of the major intracellular macrocells in organism. Food additive of E345.

Flavourless white powder, subacidic taste. Let's slowly dissolve in cold water, we will well dissolve in hot. The received solution is transparent and has smack of citric acid.

In foreign medicine magnesium citrate is effectively used as laxative for cleaning of intestines before surgery or colonoscopy. Such technique relieves of need to carry out cleaning enema. But considering that Mg2 + is responsible for set of other functions in organism, magnesium citrate possesses wider range of pharmacological action (analgetic, calming, somnolent, antistressorny, anticonvulsant, antiarrhytmic, protivoosteoporozny, zhelchegonny, etc. ). More than three hundred different enzymes and therefore its deficit is important pathogenetic factor of development of certain diseases depend on magnesium which is called the main metal of life in organism.

At intake supports necessary energy level of all organism. It is recommended at muscular weakness, nervous exhaustion, the general weariness and syndrome of chronic fatigue. Mg2 + regulates processes of manufacture and energy consumption, and all power processes in organism happen with its obligatory participation. Also at lack of magnesium potassium is removed from organism that leads to fatigue, breakdown and weakness at heat. Besides, intracellular magnesium for 80 — 90% is in complex with the ATP, nucleotide which is universal carrier and the main accumulator of energy in living cells.

Antiarrhytmic action. According to researches, cardiac arrhythmia in 90% of cases is followed by deficit of magnesium and at the same time potassium. Mg2 + reduces excitability of kardiomiotsit, recovers ionic balance, stabilizes cellular membranes, regulates inflow to cells of sodium, calcium and potassium. The cardiotyre - tread effect is caused by expansion of coronary arteries, decrease in the general peripheral vascular resistance and aggregation of platelets. Cardiotrophic, antiarrhytmic, vegetotropny effects of magnesian therapy are convincingly proved during course of treatment of group of children and teenagers with cardiorheumatic diseases. According to data of researches in Germany it is established that 40% of the population are more senior than 18 years, and also 85% of the patients who have had heart attack suffer from lack of magnesium.

Sedative, analgetic, anticonvulsant and hypotensive action. Mg2 + adjusts calcic channels in cellular membranes, interfering with the increased inflow of calcium ions in cage as at too high level of calcium the cage comes to condition of functional hyperactivity. Therefore calcium promotes reduction of muscle, and magnesium — to its relaxation. Mg2 + slows down excess passing of nervous impulse from brain to peripheral nerves and muscles, suppresses pain. Besides, Mg2 + reduces quantity of acetylcholine in peripheral nervous system and the central nervous system. Relaxes skeletal muscles and smooth muscles, reduces arterial pressure, prevents excess spasms of muscles and vessels, bronchial tubes and intestines.

Somnolent action. Promotes production of the melatonin, hormone necessary for normalization of cycles of dream.

Antistressorny, anti - depressive action. At stresses, high physical and mental activities magnesium is in large quantities removed with urine from organism that is promoted by stressful hormones adrenaline and cortisol, meanwhile magnesium is necessary for adrenal glands for production of hormones including cortisol. According to researches even the short - term stress "burns" standard daily rate of magnesium. Also magnesium takes part in synthesis in brain of all neuropeptids influencing emotional state. Besides, at deficit of magnesium it is fully not capable to show the neurotyre - tread properties and glycine, whose activation it is urged to provide. Thus, magnesian deficit can become that factor which causes oppressed, depression.

At migraine for a long time alleviates suffering, however works as prophylactic more effectively, preventing or reducing the frequency and sharpness of migraines. Established fact is that magnesium is necessary for synthesis of all of neuropeptids known today. Also magnesium participates in production of serotonin which in turn participates in regulation of vascular tone, and, as we know, violation of serotonergic regulation of vascular tone is one of the migraine reasons.

At diabetes of the 2nd type improves work of insulin in digestion of sugar. Supports secretion of insulin from pancreas, reducing risk of disease of diabetes or its further complication. Researches show that the lack of magnesium worsens indications of glucose in blood at diabetics of the 2nd type.

Protivoosteoporozny, protivoartritny action. Mg2 + regulates metabolism of bone tissue, providing durability and flexibility of bones (at the same time about 60% of magnesium in organism are in bones and teeth). The huge role is played here by two important points. First, magnesium is antagonist of calcium, and at deficit of magnesium blood is saturated with calcium which "is washed away" from bones, being removed then with urine, or postponed in the form of calcic salts on walls of blood vessels, in muscles, joints and internals. If calcic salts are laid in joints, then there is arthritis. In more serious cases can arise even kaltsinoz internals. Secondly, magnesium regulates receipt of calcium ions in cage and therefore without it digestion of calcium is impossible. It is confirmed by the fact that in America the highest percent of incidence of osteoporosis is observed in spite of the fact that Americans most of all in the world drink milk and use the greatest number of preparations of calcium. Besides, the calcium surplus in organism causes manifestations of nervousness, irritation, concern. Therefore the fact that by results of polls most of patients with osteoporosis (about 80% ) had heavy depressions is not casual.

At premenstrual syndrome (PMS) loss of appetite, dream and sexual inclination are often noted. Insufficiency of content of the serotonin transformed from tryptophane is considered the possible reason of PMS. Synthesis of all of neuropeptids known today in brain happens with obligatory participation of magnesium, its shortcoming can result in deficit of dopamine and to become push to development of PMS. Besides, shortage of the rat anti - acrodynia factor promoting deduction of magnesium in cage and to transformation of tryptophane into serotonin aggravates this state. Therefore magnesium is necessary for decrease in nervousness, depression, reduction of headache and at increase of excess weight.

Laxative action. Due to the bad absorbability of magnesium in Mg2 intestines + creates in it high osmotic pressure and due to accumulation of enough water in intestines causes defecation. Strengthens peristaltics of large intestine, promoting fluidifying of fecal masses and increase in their volume.

Diuretichesky action. Supports urine salts in the dissolved state, and interferes with their sedimentation. Suppresses kamneobrazovaniye in kidneys, even in insignificant concentration oppresses crystallization. Ions + connect Mg2 in urine to 40% of oxalic acid. Prevents sedimentation of compounds of calcium. Is antidote at poisonings with salts of heavy metals.

Promotes preservation of youth. At lack of magnesium rates of aging of organism as he participates in the major processes — synthesis of DNA and proteins, stabilization of molecules DNA, RNA and ribosomes accelerate. Normalizes acid - base equilibrium (pH) thanks to alkalizing effect of both the magnesium, and citrate. Besides, Mg2 + , controlling power, provides power - intensive process of synthesis of the collagen making basis of connecting fabric in human body, promotes digestion of nutrients of keratinotsitama and fibroblasts.

Prevents development of hungover syndrome. Alcohol increases loss of magnesium through kidneys, creating magnesian deficit which is shown as excessive excitability and nervous breakdown (because of excessive intake of calcium in cages), increase of intracranial pressure, muscular weakness, cardiac arrhythmia and fever. Mg2 + quickly eliminates condition of metabolic acidosis (acidulation of organism) which always arises at receipt of large amounts of alcohol.

We recommend to see
Magnesium chloride
To Compare the Products
×