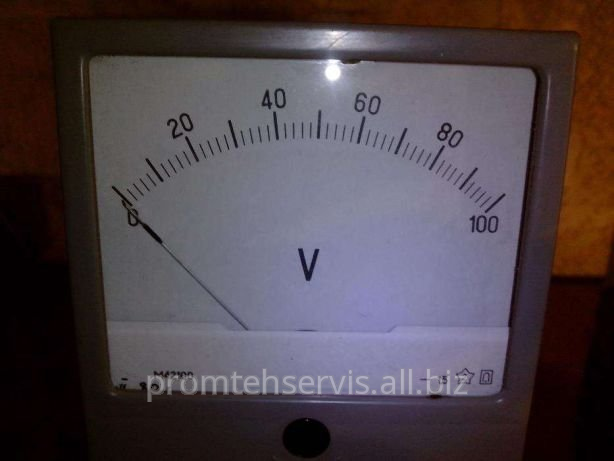 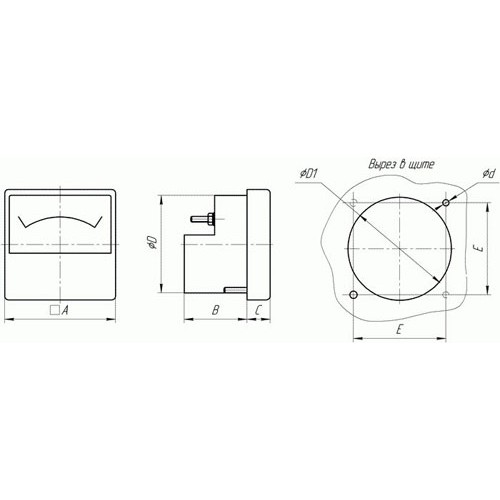 The M42100 ampermeter, the M42100 voltmeter ― the devices intended for measurement of current and tension in electric alternating current circuits.
Accuracy rating ― 1,5. Leading dimensions ― 80×80×50мм. Vibration-proof, shock-resistant, splash-proof. Constructional features of M42100
M42100 ampermeters and M42100 voltmeters are issued as devices of electromagnetic system. M42100 ampermeters and M42100 voltmeters of electromagnetic system allow to measure alternating current and tension directly in electric chains. M42100 devices of electromagnetic system are based on interaction of a magnetic field of the measured current (the current passing through the coil) with one or several cores from magnetosoft material.
On a design the M42100 ampermeter and the M42100 voltmeter of electromagnetic system have two kinds of measuring gears: ― with the flat coil and with the movable core from magnetosoft material which is involved in a gap of the flat coil at a current transmission; ― with the round coil and with two cores in the coil: motionless and mobile (one or two) which at a transmission of the measured current via the coil are magnetized the same and make a start from each other; thereby the arrow strengthened on an axis with the movable core deviates.
Similar company products
Contact the seller
M42100 VOLTMETERS

We recommend to see
Voltmeters
Wattmeters
Amperemeter
To Compare the Products
×