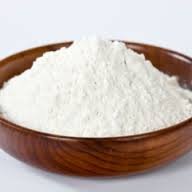 Introduction to a diet of the feed additive containing a lysine increases use by an organism of an animal of other amino acids (for 20 – 30%) that in turn allows to do without proteins of an animal origin, keeping growth indicators and to economically use phytogenesis forages.

The lack of a lysine of an organism causes sharp falling of additional weights, immunity falling, in the investigation of what the general condition of an organism of an animal worsens, symptoms of anemia and general exhaustion are shown (especially at pigs).

Thus, the lack of a lysine of feed additives of farm animals and birds leads to decrease in profit of livestock economy. That to avoid it, application of a fodder lysine in the form of additive in a diet of animals and birds is necessary.

Medicine is added to compound feeds and premixes.

The amount of the methionine entered into compound feeds depends on a look and age of farm animals and birds, and is defined according to the norms approved by the Ministry of Agriculture of the Russian Federation.

Side effects at use of methionine according to the instruction - are not observed.

Contraindications - are not established