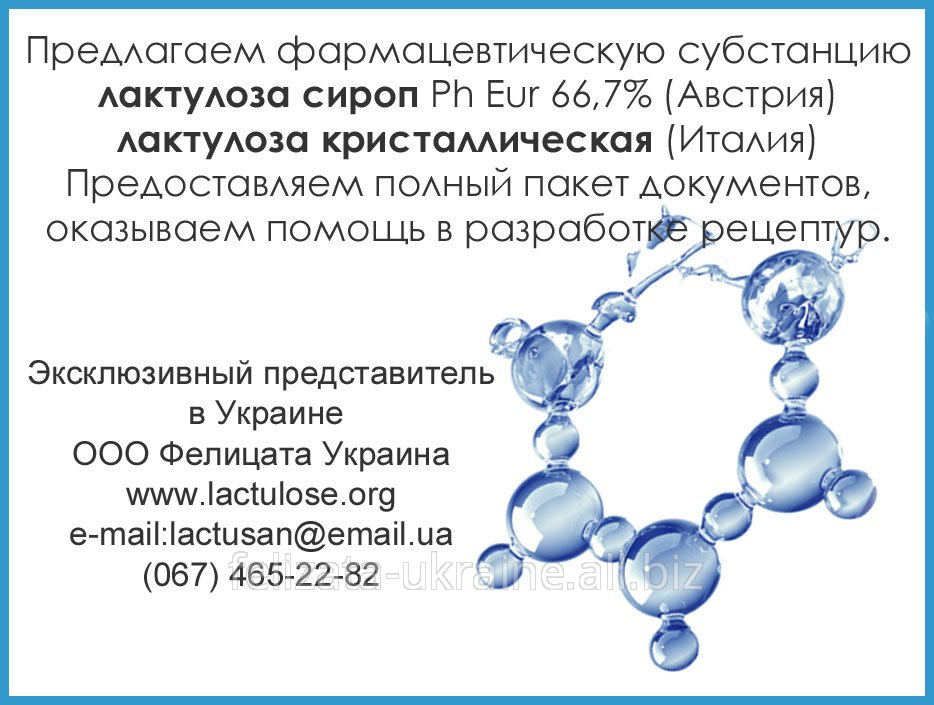 We offer lactulose of pharmaceutical quality (syrup and crystals) for production of purgatives from packaging in-balk, biological active additives, other medicines (prebiotics, a probiotics). An official distribjyutor of the producer in the CIS countries on lactulose supply.

Lactulose is disaccharide which is not split by a mucous membrane of intestines. At the use through an oral cavity, lactulose gets into a large intestine not dissolved where it is transformed by bacteria to korotkotsepochny fatty acids. The number of the residual pH level decreases. Growth of the organisms fermenting lactulose prevails, and growth of the organisms making ammonia is suppressed. Fermentation of lactulose in a large intestine leads to laxative effect whereas fermentation of lactose does not exert almost any impact. Thanks to suppression of the organisms making ammonia, lactulose can also work as the deactivator of toxins.