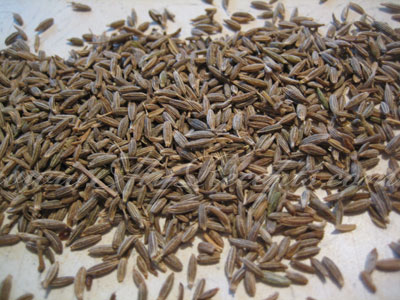 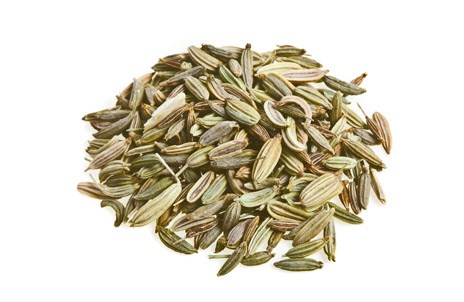 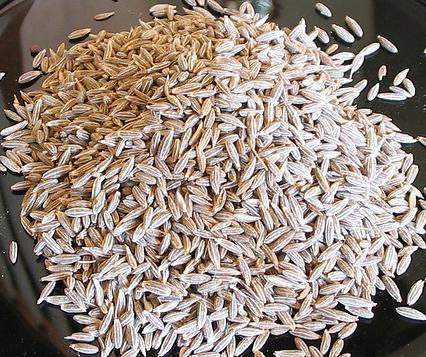 
Kumin (zira) — small seeds of plant of Cuminum cyminum of family umbrella (its homeland consider East Mediterranean and North Africa). As a part of the Maltese archipelago there is even small island of Komino, nearly all covered with yellow fields of kumin — why there is its name.

To ancient Greeks and Romans kumin he was well familiar, was considered as the best of seasonings and even herb what it is mentioned in Hippocrates, Dioskorid and Pliniya's works.

In modern Europe kumin it is a little known, though was considered as quite usual spice in the 13-14th centuries, has not been forced finally out by caraway seeds yet. Today kuminy use unless French, Spaniards and Portuguese — they put it in sausages, in rice dishes and stuffed vegetables and Dutches add seeds to the cheeses.

Nevertheless, kumin — one of the most popular spices of the world. Especially love it in Latin America, North Africa and Asia. Mexicans, big fans of comino (so here call kumin), add powder from its ground seeds together with chili pepper to different sauces, soups and seasonings, and also in well-known "Chile-game-karne" (chile con carne).

In Morocco and Algeria characteristic aroma of kumin fills markets, curls over trays of dealers in fried "brosheta" (kind of kebab) and impregnates air of small restaurants where serve Maghrib "couscous". Kumin add to fish, eanling, chicken meat and vegetables dishes, season with it the meat ragout made in the figurative clay center-tadzhine.

In Central Asia kumin, known as "zira" — indispensable component of the Uzbek pilaf.

Most widely kumin use in India, especially in the south of the country where it is very widespread (one of its Sanskrit names — sugandhan, literally: "well smelling"). Aroma of kumin brightly reveals in the course of thermal treatment therefore the Indian cooks surely fry seeds in oil together with onions or just on dry frying pan. Indians and young fresh leaves of kumin apply, adding them to salads and soups.
Similar company products
Contact the seller
Kumin, Zira. Spice kumin, zira. Spices and spicery Poltava