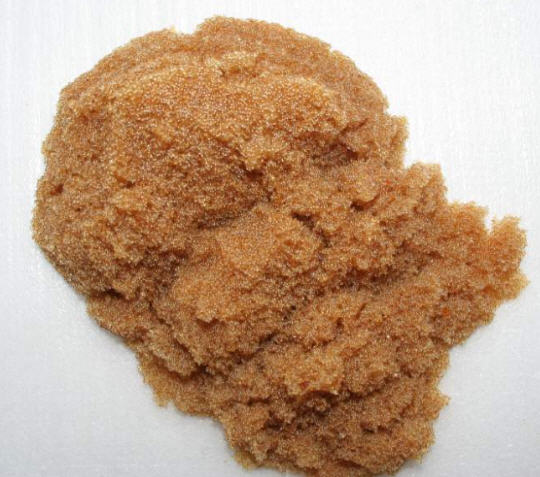 Kationit it is synthetic organic ion-exchange pitch capable to exchange cations. Most often it is copolymer of styrene and divinyl benzene.

Kationit presents itself insoluble particles in the form of granules, about 1 mm in the diameter.

Color of a kationit can be from light yellow to dark brown.

Ability at kationit of reaction of an ionic exchange occurs at the expense of special functional groups.

Depending on a form kationit changes the ions deleted from water or for sodium an ion or for the N-ion. Kationita in Sodium to a form are most often used for softening of water for domestic and commercial needs. Kationita in the N-form are used for an obessolivaniye of water and special water treatment.

Below in drawing the example of work of a kationit in sodium to a form is given.

The principle of action of kationit in sodium to a form:

- softening and obessolivany waters in systems of water treatment

- for cleaning reverse and sewage

- for regeneration of waste in galvanic and metalworking productions

We recommend to see
Cationites
To Compare the Products
×