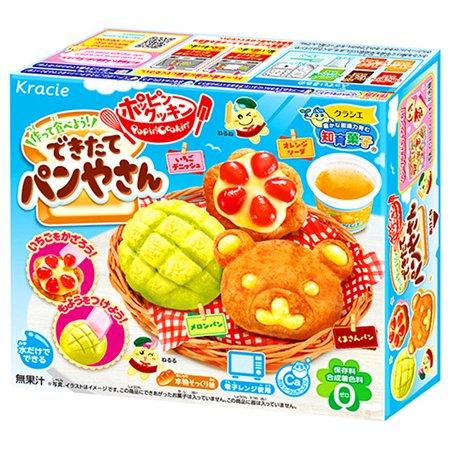 It is a fascinating game and an edible delicacy for children of all age! You did not hear about them yet? It is enough to google "the Japanese sets for children" and you will find one thousand responses, video, pictures and instructions! This Japanese whim leaves nobody indifferent! Several types of nano-powders and forms enter set. Attention! It is the most difficult set "Make" as represents traditional Japanese sweets - tayak, a tango, a dayfuka and ramune, our many of which compatriots and in eyes did not see! Let's understand one after another: 1. Tayaki (鯛焼き, in the literal translation with yap. "the baked sea bream") — the Japanese cookies in the form of a small fish. The most popular stuffing — jam anko from beans adzuki beans. Tayaki is trained with use of fresh or fancy pastry. Dough is spread in a form in the form of a small fish for each party, then put a filler and fasten both halves. Then prepare before formation of a golden crust on both sides. 2. Mitaras of Tango - Dango (yap. 団子) or odango (yap. お団子) — the Japanese balls of Motya on a stick which are usually given with sauce. Mitaras — a tango, covered with the syrup consisting of soy sauce, sugar and starch. 3. To Dayfuk of Motya (yap. 大福餅) or to a dayfuk (yap. 大福) (letters. "great luck") — the Japanese sweet, small rice flat cake with a stuffing, most often — with anko, paste from haricot beans adzuki beans, in our case with strawberry. 4. Ramune (yap. ラムネ) — the Japanese aerated soft drink. It is most widespread ramune with taste of a lime and lemon, most often has blue color.