ALL.BIZ Ukraine Ukraine services Industrial equipment Interior decorations Maintenance of equipment Services in installation, start-adjusting and maintenance service of the equipment and machines for an agriculture Installation of a noriya 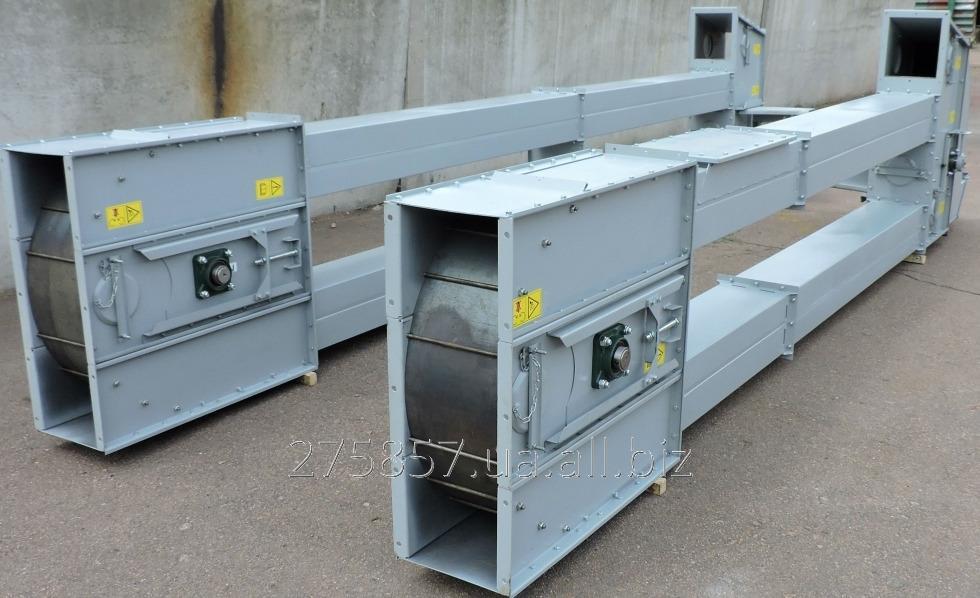 The ladle noriya is delivered by separate knots: a boot (the lower head), a head top, smooth pipes, pipes with viewing and tension hatches, the rubberized fabric tape, ladles, noriyny bolts with nuts and washers, the electric motor, a reducer (it is delivered mounted on the top head of a noriya). Before installation of a ladle noriya on the platform for a preparatory work carry out assembly: the drive with centering of the electric motor and a reducer (at the moment the drive is delivered in assembled form and established on the top head), assembly of pipes of a grain noriya in blocks 4-6 m long (at installation in object under construction and at a possibility of giving of blocks by the crane). At reconstruction or if there is no opportunity to give sections to the place of installation, pipes gather on an installation site of ladles on a tape. Pipes of a grain noriya gather by means of M8-M10 bolts with statement in flange connections, as necessary laying from a cardboard, or rubber 2-2,5 mm thick. Shift from straightforwardness when joining pipes should not exceed 2 mm on length of one pipe.


Assembly of ladles on a noriya tape. Ladles fix elevator bolts. Under a head of a bolt enclose a special noriyny washer, each bolt is screwed up by two nuts which are pulled together "kontritsya" among themselves. Each ladle has to be reliably fixed on a noriyny tape.

Assembly of a grain noriya is begun with a marking of axes and preparation of the basis for installation of a boot. Correctness of placement of openings in interfloor overlappings for pass of pipes and their installation is checked by means of wire strings plumbs (admissible shift of ±5 mm). Installation of a ladle noriya is begun with installation of a boot in the basis. The lower head is established on the prepared concreted platform. After assembly of pipes, according to the instruction, connect the lower and top heads to flanges of the last links and fix a noriya. Plumbs check correctness of installation of pipes, the top and lower head of a grain noriya. Strings of plumbs have to concern external edges of flanges of pipes and pass on a middle part of their adjacent planes. On driving and tension (the tension drum has to there is parallel to the noriya head basis, if it not so, then achieve it, adjusting tension screws) to drums horizontal position is checked level.

After check of vertical position of the established pipes they are fixed by wooden wedges in openings of overlappings and make a noriya boot sauce. Then start installation of the drive (as necessary). Gas station of a tape of a ladle noriya. It is convenient to three to make gas station of a tape. The tape with the ladles attached to it is lifted, a cable by means of the winch it is (so more convenient) or hands, via the tension hatch on noriyny pipes. For this purpose, both free ends of a cable through covers of the top head, on pipes, give to the viewing hatch, fix for the first ladle of a tape and extend upward (then the cable should be unhooked). The tape is thrown via the reel of the top head and released to a drum of the lower head of a grain noriya, got under a drum and extended the rope attached to a tape to the tension hatch. Thus, in the viewing hatch we have two tails of a tape. Attention, after hard works on dragging of a tape I recommend it to record. To record the edge of a tape which is hanging down from the top drum, to fix the top drum of a noriya, it is possible having inserted a piece of fittings into technological cuts of a drum or if there are no those (at own risk) under a ladle to fix in the direction of deaf mine in which the unbalanced part of a tape hangs.

The ends of a tape pull together with tension adaptation and sew.
Tension adaptation of a grain noriya can be manufactured most, it has an appearance of "a curve starter" on which two nuts "8" at tape width distance are welded. Such tension device needs to be fixed rigidly in the viewing hatch. By means of a steel cable having passed it through two nuts to fix a tape at distance of 40-50 cm from edge, and rotating the handle of "a curve starter", reeling up a cable, to achieve a noriya tape tension.


Noriya roll idling within 3 hours. During test eliminate sbegany tapes and its zadevaniye and ladles for walls of noriyny pipes, a head and a boot.