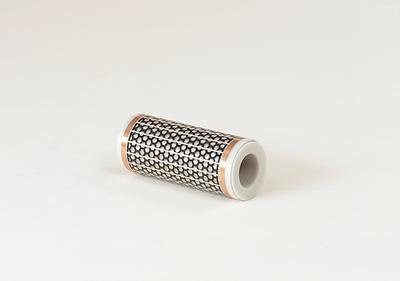 Heating for cars Heating of seats of Elektrogrelk infrared

The heating film on 12 Volts can be used not only for heating of seats of the car or warming up of the fuel filter and a tank on the car with the diesel engine. Such heating film can be used also for safe local heating where the thermofilm on voltage of 220 Volts is not recommended to be used.
For example, by means of such heating film it is possible very just to organize heating of a floor in a bathroom, without being afraid to receive blow current in case of damage of the bringing cable or the most heating film. Of course you will feel much more quietly if the rug of your four-footed pet is warmed with safe tension.
Across the module can be cut, but it is necessary to isolate the line of a sawn-off shotgun, lengthways the module is not cut.

Voltage of a network is 12 Volts

Electromagnetic radiation is practically not present

Wavelength of infrared radiation is 5 - 20 microns

Width of the heating film of 30 cm

Length of one section of a film (module) of 50 cm


1. Heating of seats of the car.
Depending on the sizes of a seat of the car it is possible to use the heating film with the corresponding size of the module: 17 x 12 cm or 30 x 50 cm Besides, the module it is possible to cut on length for obtaining the necessary size. In this case it is in addition necessary to isolate entirely all party of the heating film on which the module was cut. If modules entirely are used, then it is necessary to isolate only the place of an exit of a copper strip to cut edges (4 such areas for isolation).

For example, the film with sizes of module of 30 x 50 cm can be cut on two parts (length of each piece of the module can be picked up under a concrete chair), two pieces of a film - for heating of a seat and a back of a chair will turn out. It is necessary to connect film pieces to an onboard network in parallel.
Power consumption one module (30 x 50 cm) of the heating film - 30 Watts, it is much less, than at other analogs.

3. The heating film on voltage of 12 Volts can be used also for heating of rooms where voltage of 220 Volts is not recommended to be applied or it is not expedient.

For example, there is a desire to make a heat-insulated floor in a bathroom, but there is no desire to do repair. In this case it is possible to use the heating film with the module 30 x 50 cm, having just put it under a rug. Voltage of 12 Volts is safe.