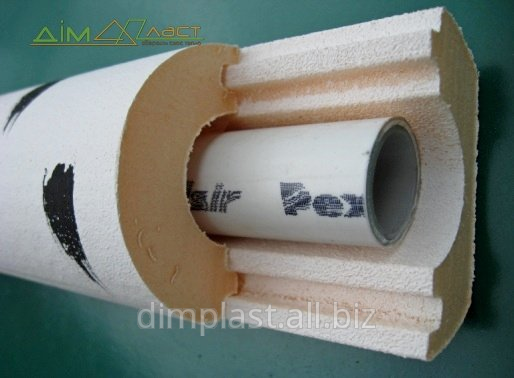 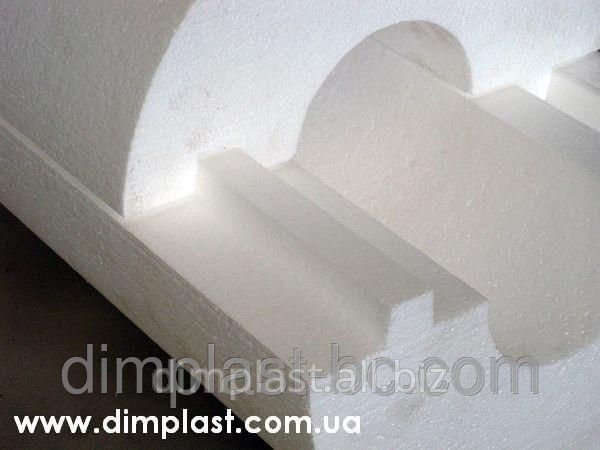 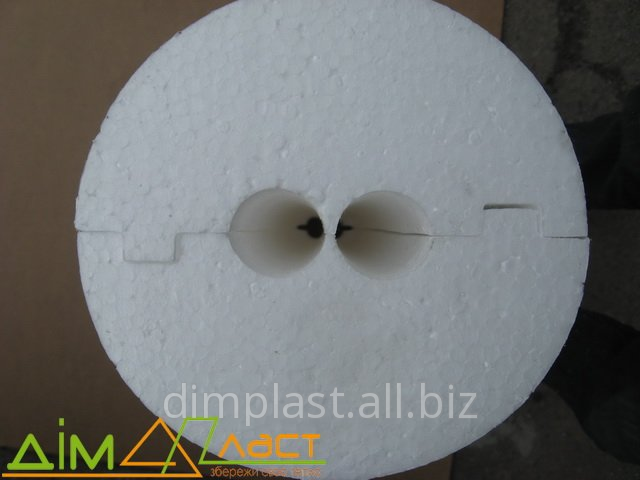 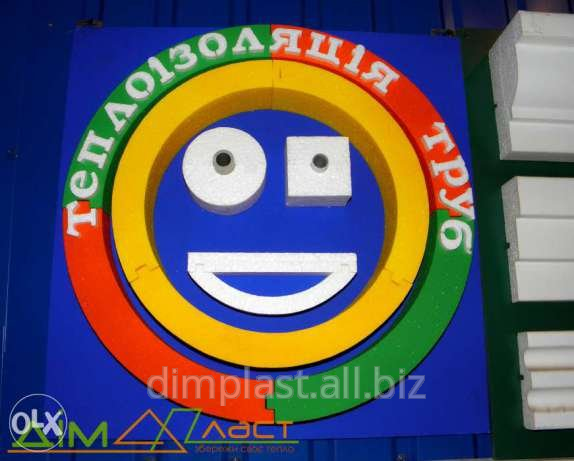 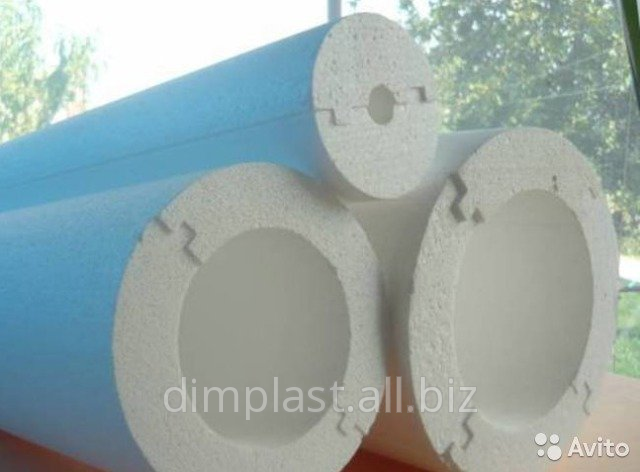 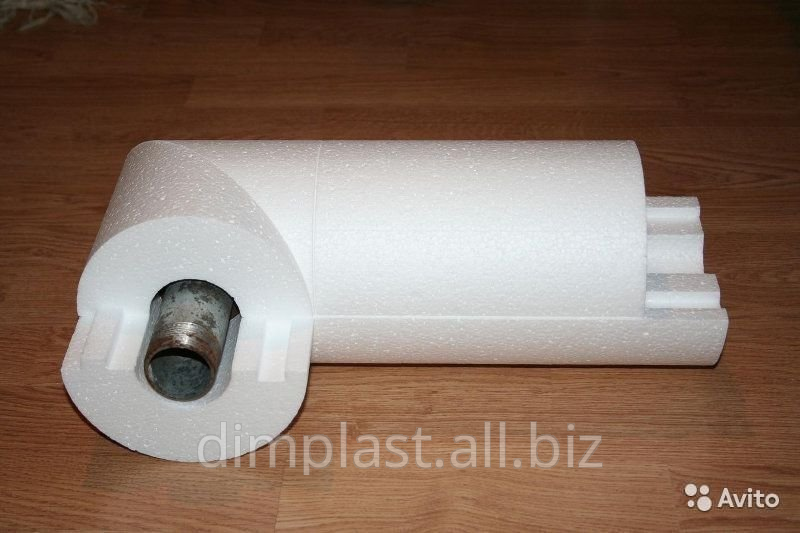 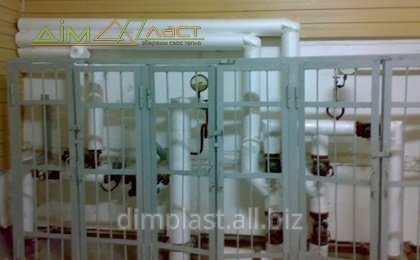 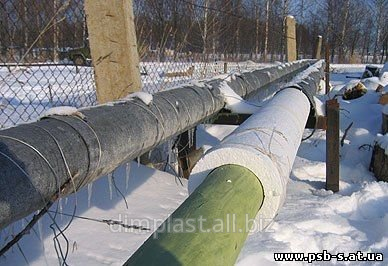 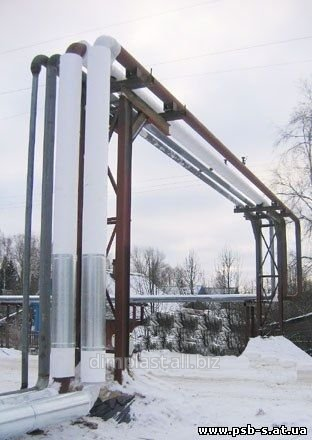 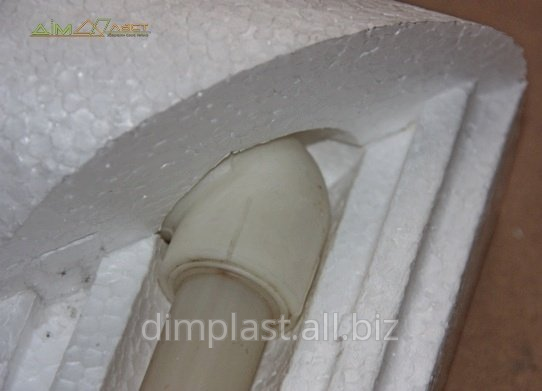 Pipe thermal insulation from shell polyfoam is made various thickness (20-100 mm and more) and made of the 2nd or 3rd parts of long 1 m with lateral castle "thorn groove" connections which are very densely closed, providing reliable fastening and interfere with formation of "the cold bridge".

Pipe thermal insulation is made of polyfoam PSB-S-15, PSB-S-25, PSB-S-35 - which is widely used as a heater in construction.

The pipes isolated by a shell are exposed to corrosion less, the term of their validity increases. Works on isolation as a shell are performed several times quicker, than when using glass wool and other materials. The shell from polyfoam can be applied as with an external covering (roofing felt, fiber glass fabric), and without covering. Unlike many other materials for thermal isolation, heat-insulating "shell" which the Dimplast company suggests to buy differs in a number of essential advantages: • reduction of heatlosses in pipelines by 2-3 times in comparison with standard;

• increase in service life of a heat-insulating covering till 50 years;

• possibility of reusable use; • simplicity of installation and fast access to the damaged pipeline sites;

• shells do not demand special means of protection;

Contact the seller
Heater for pipes with a diameter of 32 mm with a thickness of 30 mm, SKP323025 Shell polyfoam PSB-S-25