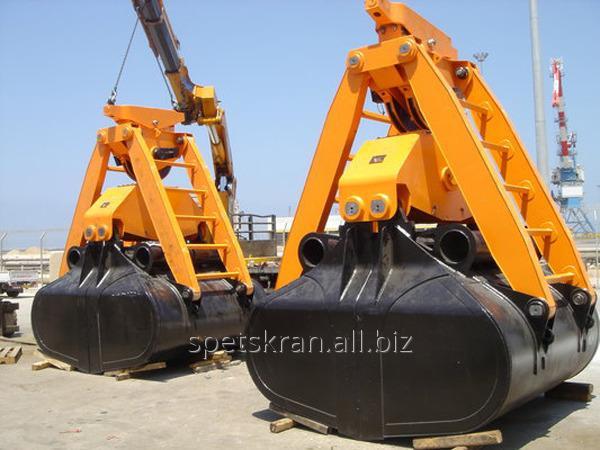 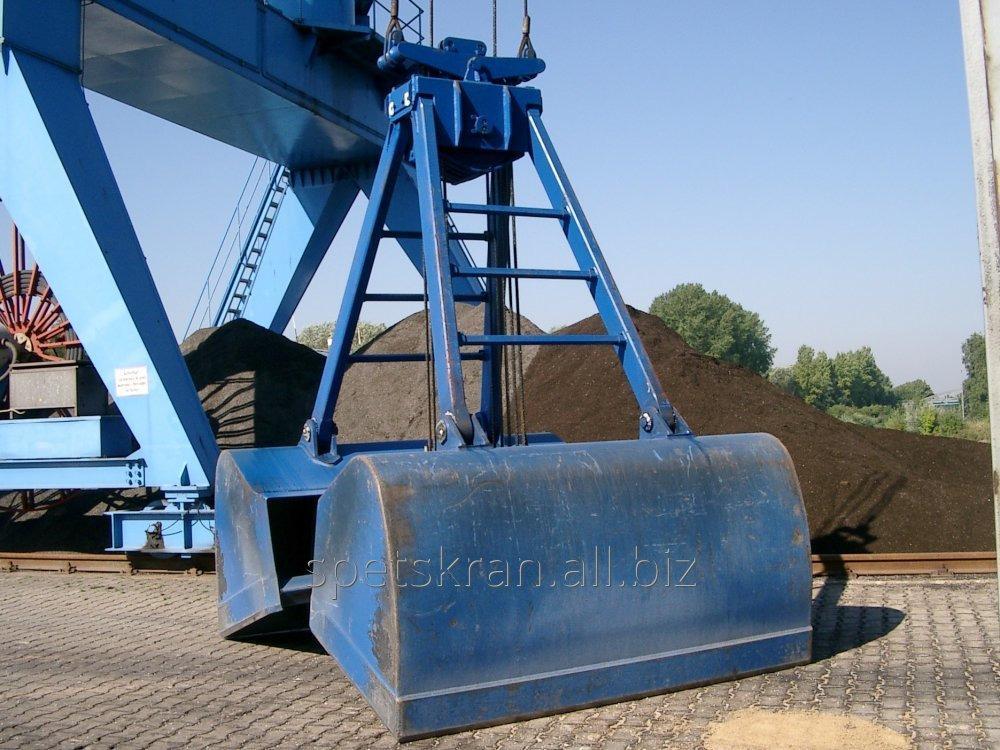 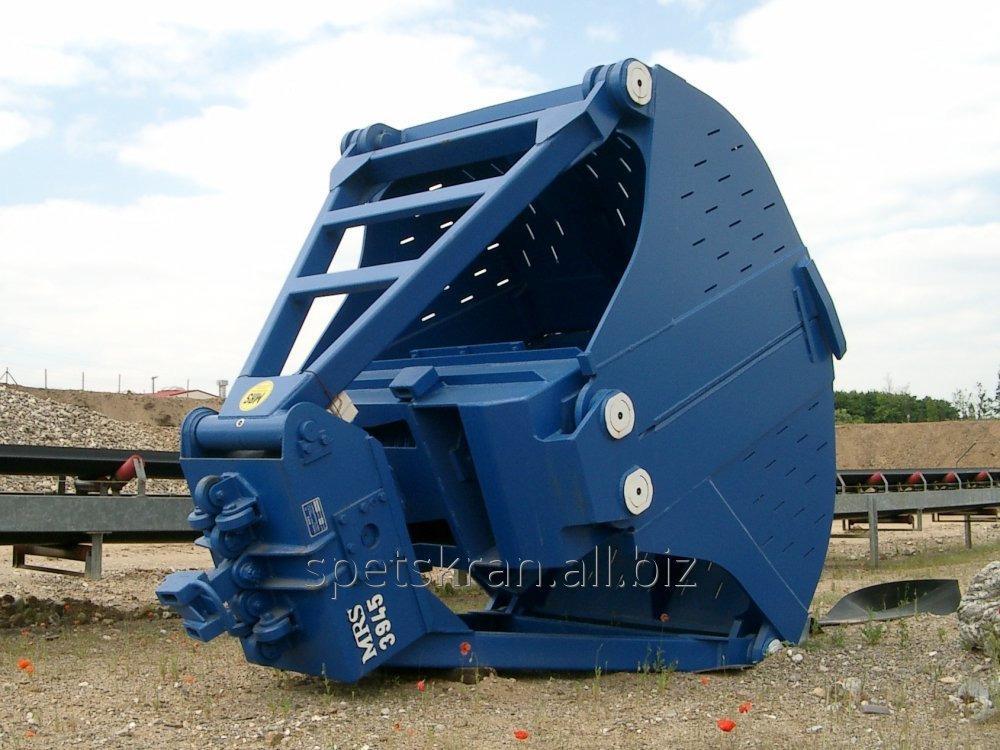 Grabs are widely used for transportation of furnace charge, a skrap, coal and other materials, for giving and cleaning of the forming earth in foundry shops, etc. Grabs on a kinematic sign can be divided into rope and driving (motor).

Rope grabs connect to driving winches by means of a flexible element (rope) and are subdivided on one-rope and multirope.

- one-rope grabs can be used on ordinary hook cranes, the having one-drum mechanism of rise. Such grabs suspend to a hook of the crane or connect directly to a rise mechanism rope.

Driving (motor) grabs are equipped with the opening/closing mechanism directly on a metal construction and demand a separate supply of power supply.