ALL.BIZ Ukraine Ukraine products Storage and Commercial Equipment Tank farms Fuel and lube storage tanks Reservoirs for the storing of petroleum products Gas-holder for systems of recovery of vapors of fuel 1 of m3 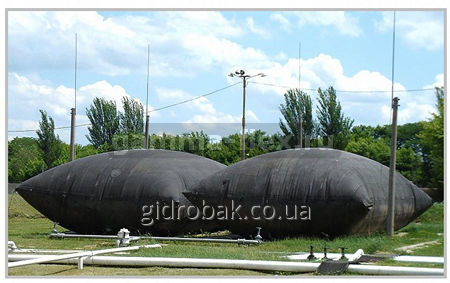 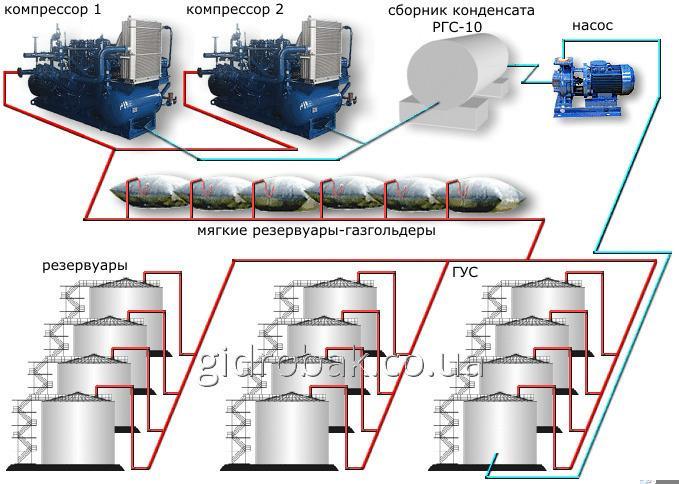 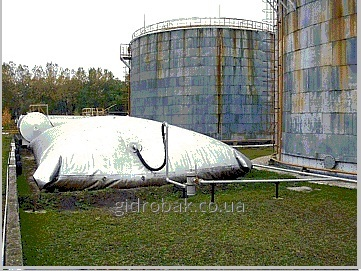 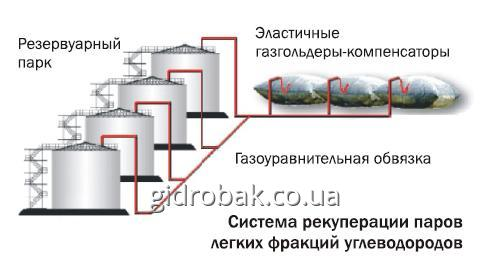 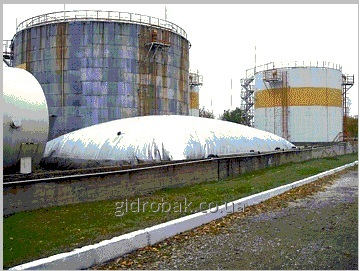 Work with reservoir park of oil depots demands holding special events for reduction of losses of oil products and environmental pollution by vapors of hydrocarbons at big and small dykhaniye. Use of elastic tanks gas-holders allows to resolve the matter with the minimum labor costs and without direct intervention in work of reservoir park.

We make gas-holders compensators up to 300 m3, so-called gas-holders of "pillow". Important advantage of such gas-holders is simplicity of interchangeability and transportation. Their operation does not require carrying out difficult preparatory base work.

The soft gas-holder compensator represents the elastic tank with the gas branch which is built in in it for connection to gas-leveling system of reservoir parks. Material of which the gas-holder compensator is made is strong and chemically steady in use, and also is steady against influence of solar radiation, ozone and rainfall. Gas branches, locking valves, branch pipes and caps are made of an aluminum alloy or became with a copper or polymeric covering. Connections of gas branches are condensed with maslobenzostoyky rubber or elastic polymer. We recommend to use gas-holders compensators with a nominal capacity not less than the volume of oil products, at a time accepted by oil storage through slivo-bulk platforms and oil terminals.

Elastic gas-holders compensators are established in territories of oil depots, oil refinery, oil terminals, gas station and other objects of storage and distribution of light oil products for reduction for 95% of losses of gasolines at small and big dykhaniye of tanks.

During gasoline acceptance (or at seasonally — daily heating) the steam-air mix which is forced out from the free volume of tanks comes to soft tanks. At the same time the system "tanks - the gas-leveling highway - polymeric gas-holders" is tight and has no direct contact with the atmosphere. During discharge of fuel from the tank air for filling of free volume arrives from gas-holders which work as "respiratory bellows".