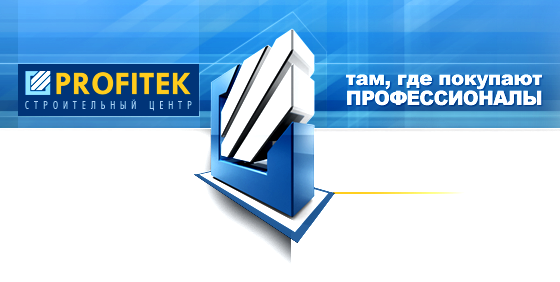 The main strategic objective which is realized for the last years - is the orientation on a complete set of objects of any complexity from large industrial, trade and housing estates to cottages and apartments. The system approach introduced in business processes of the company allowed to attract such partners as: LLC Rubikon-Trading, LLC Perspektiva-Investment, LLC Prommontazh-rekonstruktion, LLC SK Olviya, LLC Sozidatel, financial promyshelennaya Privatbank group, mining division "Metinvest" and many others.

Our partners are attracted by the width of the range offered STs "PROFITEK" namely: - Plasterboard systems of the leading global manufacturers

- Wall-paper of TM "VERSAILLES" and TM "AS CREACION", cullets of TM "WELLTON"

- Porcelain tile and a facing tile in wide assortment

- and many other, necessary for ensuring high-quality and uninterrupted process of construction and repair of objects of any complexity.

We recommend to see
Complex supply
Assembly and delivery
Supply of goods
Send inquiry
Buy
Contact supplier
Your question has been sent successfully
Consultants of the shop typically answer questions during the day.