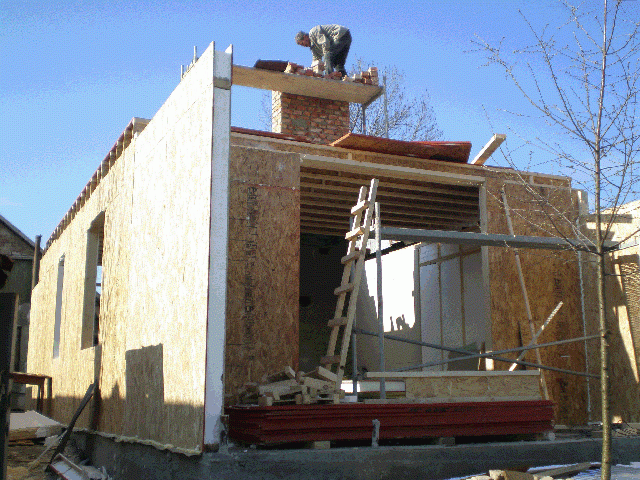 The technology of construction of the frame house arose and developed in Canada and the USA. Today in these countries it reached perfection level that is caused by high quality of materials and tools, a vast experience of the western builders and their professionalism. In the western countries in a large number there are similar constructions by age more than hundred years that is a visible indicator of durability of houses. It also says that frame technologies appeared for a long time, but over time were improved. Terms of construction were so gradually reduced and assembly process is improved. In Ukraine the houses built on such technology received the name of "the Canadian houses". It is connected with the fact that such type of structures is especially popular in Canada and North America.

In spite of the fact that some construction companies continue to assure that the frame technology of construction is not the most economic, experience and the facts confirm the return. First of all, the most developed countries of the world address this way. In the different countries there are distinctions between elements of construction and there are specifics and the organization of construction, but the basic technology remains invariable, - it is based on a framework. In the countries of Scandinavia and Europe, for example, production of panels is made at plants, and installation is conducted on object of building. In Canada and the USA houses are created from a planed board directly on the place of future house. Nevertheless, the wooden framework with filling from a heater is the cornerstone of technology of frame houses. In Ukraine the technology of construction with use of sendvich-panels which are manufactured of polyfoam and plates of SMALLPOX became very widespread. This way is economic, is characterized by ease of production and to low requirements to qualification of the workers who are carrying out installation.