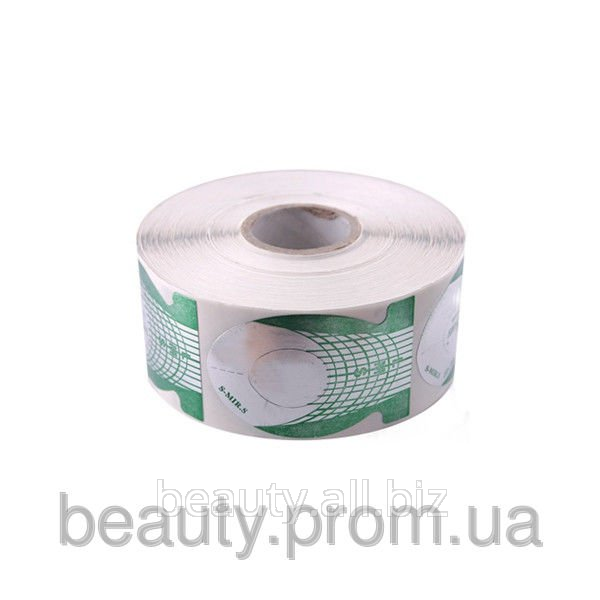 In stock
Price:
146 UAH
Seller
Beauty-Prof
Ukraine, Dnipro
(View map)
Call
Products of other enterprises
Description
Form universal green EzFlow Universal forms for nail extension, 500 pieces in a roll. These forms are suitable for nail extension of any forms. Are easily drawn in, has a dense trerdy basis, well stick together, do not become unstuck. Forms for nail extension allow to design transparent white or color gel directly on a form without substrate. Are used for fast and high-quality polymerization of gel at free edge of a nail. Forms are designed in such a way that on them it is possible to create gel nails from an ideal S-curve. A marking and nails, identical on width and length, will help to follow the instruction of length of the planned free edge. The top part of a form is punched and allows to use it on wide fingers (it is necessary to tear the punched part of a form). Are developed for Gel It gels!, but also can be used for modeling of acrylic nails. Nail extension by gel on forms: To increase nails on forms, the master designer at first processes the hands and the client's hands an anti-septic tank. Then it does manicure on natural nails (removes a cuticle, creates an opaque surface of a nail) and leaves length of natural nails on 1-2 millimeters. After that the surface of a nail is processed by a primer. Under a tip of a natural nail the master encloses a form which has lines of the desirable increased nail and a special opening into which the natural nail is implanted. The form has to be well recorded on a nail in order that material (and in our case gel) which gives all the best on a nail, did not get out of a shape and did not spread. Gel accurately gives all the best on a nail and a form by means of a special brush. Length of a nail can be corrected with the help risok on a form. If the client wishes to be the owner of extremely long nails, then the master designer applies gel in 2 layers. After gel dries under UF a lamp and will harden, the increased nail is processed a file and bafy. After nails are ready, the master processes a cuticle special oil. Country producer: Asia Quantity: 500 pieces
Contact the seller
Form of universal green 500 pieces EzFlow

We recommend to see
Liquids for removal of a varnish
Nail stickers
Means for nail care
Varnishes for nails
Enamel base
Fixers for nail polish
Send inquiry
Buy
Contact supplier
Your question has been sent successfully
Consultants of the shop typically answer questions during the day.