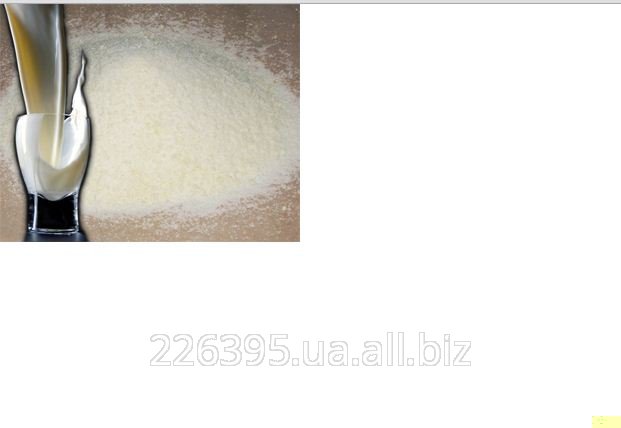 Casein - it the word was heard by any athlete who at least was minimum interested in food additives. And any person for certain will tell that he heard about casein, it something connected with milk and dairy products. And actually is a major battery, protein which often acts as a basis of many high-protein mixes. Someone considers it as the useless, low-quality material used only by cheap brands of sports food. Others opposite, without casein do not think of the diets and programs of food. So what it is more in casein - advantage or harm? Let's understand.

It is a little science

Casein is the main protein of milk which is formed when folding (stvorazhivaniye) under the influence of special enzymes. Represents a polypeptide chain rich with phosphatic groups which connect calcium. On average one liter of milk contains about 3% of casein (for comparison - serumal proteins of only 0,5%). I.e. cow's milk (its proteinaceous component) consists for 82% of casein and for 18% of serumal protein. For comparison - in milk of the chest woman of only 29% of casein and 71% of serumal protein. In milk casein is in a type of connection - calcium caseinate.

Casein was known to mankind for a long time. At first it was used for preparation of glues, paints and many construction materials (even plastic). In process of development of food its industry began to use as artificial food additives and a multi-purpose filler for giving to products of special tastes or extension of their expiration date.

Casein is quite easily emitted from milk. As a result - it is cheap and available. But there is very important nuance - as for release of casein special enzymes are used (chymosin and others) that is very important that their dosage was accurately maintained. Otherwise in the final product presence of a quantity of enzymes which at consumption can cause food frustration is possible. On cheaper and simple productions it is frequent and acids (like acetic) or alkalis for milk folding are used. Naturally these reagents can remain in the final product that will affect his perception a human body. If casein is used further as an additive or a filler to products - it will be hardly noticeable. But here if such casein acts as a basis of a certain sports food … However, about it later.

The second important property of casein - it contains almost full range of amino acids. I.e. actually it is capable to satisfy all requirements of a human body and, of course, the athlete's muscles. The only amino acid which is absent in it - glycol - with success is synthesized by an organism from other amino acids.

Thirdly, casein is easily digested and acquired, being completely split in a digestive tract. As a result - it is often used in dietary food, and also by drawing up many nutritious and dairy mixes.

Direction of use:
At a set of muscle bulk: To accept 1 portion, once a day, daily, before going to bed.
At combustion of fat where the main task of casein - to eliminate hunger and to keep muscles:
To accept 2-4 times a day in the portions on 15 - 20 gr. between meals and before going to bed.