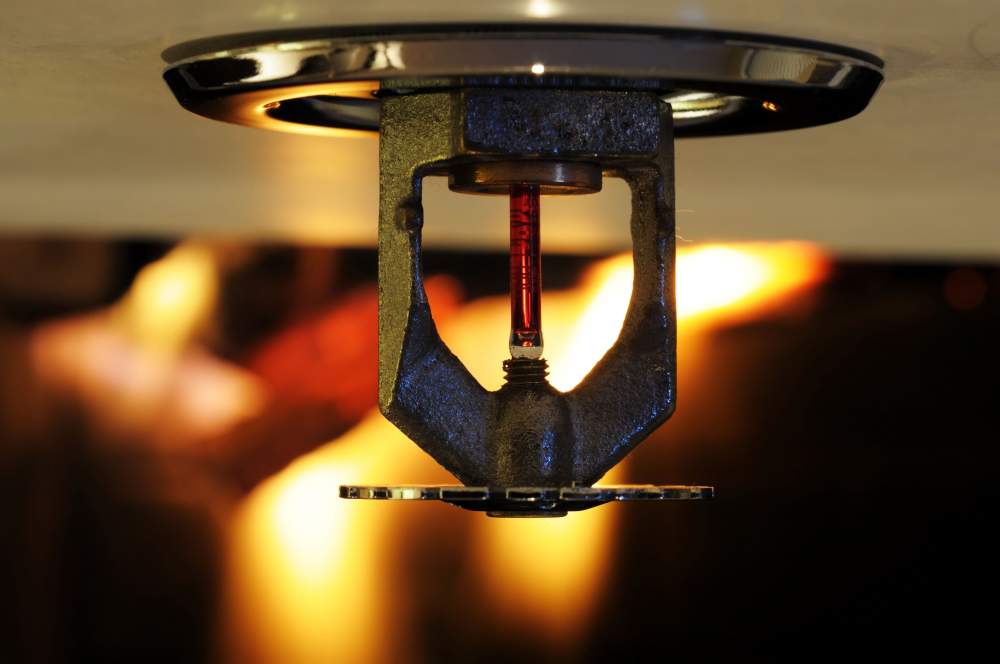 The ZEVS group of companies offers services of own specialists in design, installation and service of systems of automatic fire extinguishing of any complexity. Besides we render consulting services for most economically and technically favorable such system for this concrete object.

Buildings, structures and constructions equip with such system in two a case:

And it is valid, the fire often arises in the place inaccessible or remote for the person. It is one of the reasons for which stationary installations of fire extinguishing often only localize fire. Moreover, a set of such installations are intended for prevention of growth of the fire - it is automatic ognepregrazhdayushchy locks, doors, veils from water, etc. In other words, automatic installations of fire extinguishing demand direct participation of people in fire elimination - experts from fire-fighting crews.

Water AUPT — systems which for fire extinguishing use clear water or water with special additives. They are divided into two subsystems: drencher and sprinkler.

The sprinkler fire extinguishing system implies creation of system of the pipelines filled with water. It is supplied with sprays (sprinklers), closed by a special cap which melts at temperature increase at an initial stage of emergence of fire. Besides, sprinkler installation carries out also function of the automatic fire alarm system. The low-temperature spray works no more than in 5 minutes at a temperature of 57-68 °C, high-temperature - no more than in 10 minutes. Temperature of operation of a sprinkler is defined according to drawing below.

It is important to note that sprinkler installations work regardless of that, there are people indoors during the fire or not. If the area protected by system of this type is big, then the network is divided into sections. At the same time the alarm valve at each section the.

It is important to note water sprinkler systems are filled always only with water and are established only in the heated rooms. As soon as the system works, the first minutes water flows from an automatic water feeder, the subsequent time - water arrives by means of the fire pumps which are filling in the room with the settlement volume of water.

Spriklerny installations are applied in the following types of rooms:

The Drencher Installations of Water Fire Extinguishing (DIWFE) are applied most often in rooms of the increased fire danger. DUVP apply in rooms where it is possible to eliminate the fire only by simultaneous inclusion of means of fire-fighting on all area, and also for an irrigation of vertical surfaces and creation of water veils.

Drencher installations are applied in rooms with the increased fire danger:

The system of gas fire extinguishing is applied if there is a fear short short circuit or causing damage to the equipment and materials indoors. Refer to those server, storages of data, bank storages, base stations, libraries, the museums, and also at the industrial enterprises where suppression by water inefficiently. Also systems of gas suppression happen two subspecies - modular and centralized. The first apply to small rooms and installations, the second - to shops, warehouses and large installations.

Powder AUPT use special fire extinguishing powder as a working body. Are applied to localization and elimination of the fires of classes A, B, C, and also electroinstallations energized. Such installations can be applied both on a site of the room, and to all internal space.

Since the powder system does not provide full elimination of ignition, it is not applied in the following cases:

Usually aerosol system is applied on industrial facilities as alternative to other systems of fire safety.