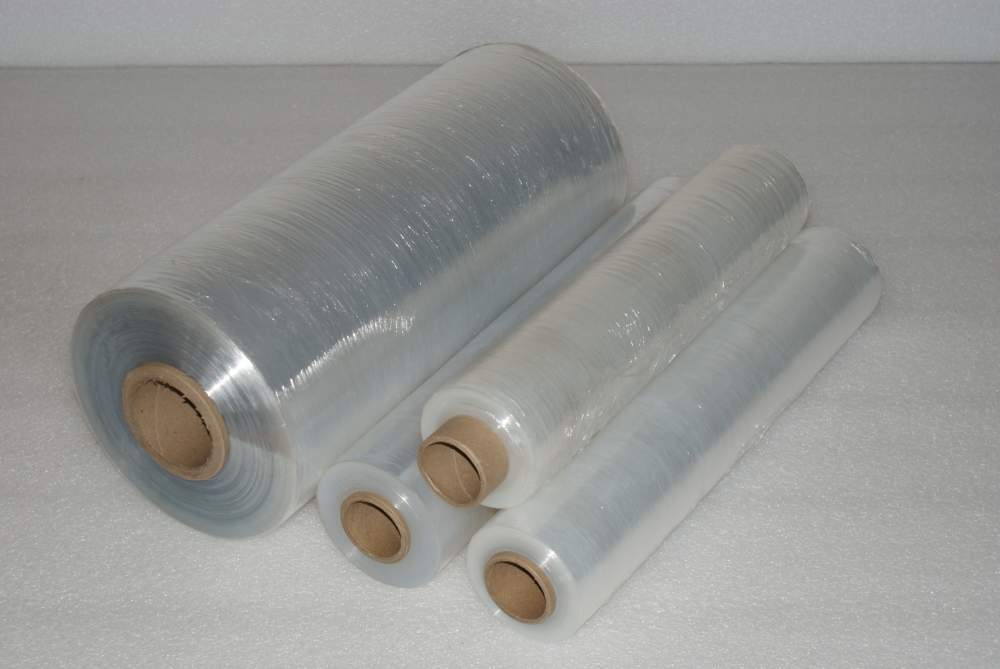 Usually thickness of such film makes up to 30 microns, width to 500 mm. The film can be one - and multilayered.
Main consumer characteristics of a stretch-film following:
• prestretch — relative deformation on which the film at production wrapping with providing the guaranteed fastening of object of packing can be stretched (and the film) and without formation in it of gaps and anguishes (for various brands this value can make from 50 to 500%);
• durability;
• relative lengthening in the longitudinal and cross directions;
• I will also tear apart resistance to a puncture;
• transparency;
• flexibility;
• the pulling together effort — the effort created by residual tension in a film after its stretching at a winding or packing of objects.

Manual or for a manual winding (as a rule, stretch-film roll width for manual packing makes 500 mm, with winding to 300 meters; usually the film has thickness from 8 to 23 microns);

Machine (automatic) or for a machine winding (packing is carried out by means of specialized cars — palletayzer therefore at the choice of a machine stretch-film it is necessary to pay special attention on prestretch films.);

Jumbo roll (serves for rewind of a Jumbo roll in a manual stretch).

As the film used as a packing material is stretched and works in the conditions of constant value of relative lengthening, tension of stretching operating in it changes in time after an exhibitor.

Eventually the pulling together effort in a film will decrease, and the quicker, than the ambient temperature as with increase in temperature relaxation processes accelerate is higher. Therefore it is necessary to consider that having densely packed freight a stretch-film, for example, in the conditions of winter St. Petersburg and having directed it, for example, to Australia, it is possible to face reduction of size of the pulling together effort of a film.