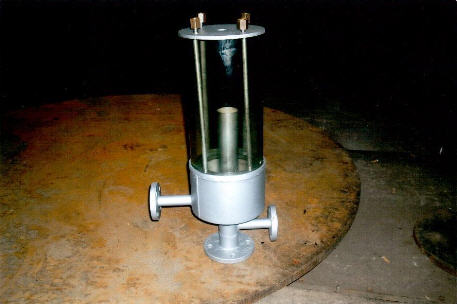 Equipment for the distillery industry, epruvetka

There are many designs an epruvetok, however all of them are based on one principle.

Air has to proceed through an epruvetka evenly; flooding of an epruvetka and peoriodichesky receipt of too large numbers of air with the subsequent its disappearance indicate the wrong conducting process. Often it is a consequence of an overheat of columns and a prozharivaniye of the top plates which are usually filled in with air in the form of a phlegm.

When the sample taken from a spirit epruvetka shows that concentration of alcohol fell in liquid, close access of steam and to a spirit column.